Family of Cleveland Murder Victim Asks Suspect to Turn Himself In: 'We Forgive You'

The family of Robert Godwin, who was killed in a video posted to Facebook, is pleading to the man suspected of killing him to turn himself in.

In an interview with FOX 8, one of Godwin’s daughters said the family forgives Steve Stephens, who is still wanted for murder.

“We want him to know that, first of all, we forgive him,” Tonya Godwin-Baines told FOX 8 through tears. “We forgive him because it’s the right thing to do. It’s what daddy taught us. It’s the way we was raised. God said if you don’t forgive, he won’t forgive you. So, Mr. Stephens, we forgive you, but we’re asking you to turn yourself in, please.”

Stephens said a woman he dated, Joy Lane, was his reason for shooting Godwin at random.

Godwin’s daughter said that Lane was not at fault for the crime in the interview with FOX 8. 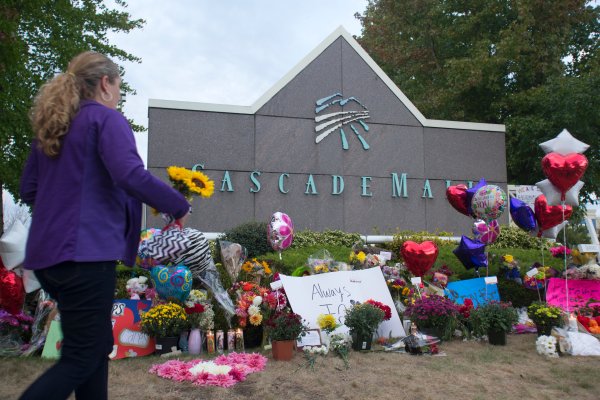