What to Know About The Immortal Life of Henrietta Lacks

The Immortal Life of Henrietta Lacks
HBO
By Mahita Gajanan

In HBO’s new movie, The Immortal Life of Henrietta Lacks, Oprah Winfrey plays Deborah Lacks, whose mother Henrietta Lacks’s cells permanently changed the course of medicine without her or her family’s knowledge. The movie, an adaptation of the nonfiction bestseller by Rebecca Skloot, explores the impact of how Lacks’s immortal cell line affected her family for decades.

While Lacks’s story was unknown at the time of her death, it came to public prominence in 2010 with the publication of Skloot’s book. Here’s what you need to know about Lacks’s life.

Who was Henrietta Lacks?

Henrietta Lacks, a tobacco farmer, mother of five and the wife of a steelworker, was diagnosed with cervical cancer in 1951. While undergoing treatment at The Johns Hopkins Hospital, Lacks unwittingly donated cancerous cells that doctors later discovered were able to stay alive. The immortal cell line meant doctors could test the same sample multiple times for research. Lacks died at the age of 31. Her family did not find out about her invaluable medical contribution until decades later.

What medical breakthroughs came from her cells?

Lacks’s cells became known as the HeLa line and were essential in the development of the polio vaccine. The cells have also been used in gene mapping, AIDS research, cancer research, development of in vitro fertilization, cloning and more medical milestones.

How did the Lacks family react?

For decades, Lacks’s family was kept in the dark about what happened to her cells. In 1973, the family learned the truth when scientists asked for DNA samples after finding that HeLa had contaminated other samples. The Lacks family had lived in poverty for most of their lives — finding out about the cells and how they were instrumental in launching a multi-billion-dollar industry prompted them to launch a campaign to get they money they felt they were owed.

“It consumed their lives in that way,” Skloot told Smithsonian Magazine in 2010. Her eventual book, The Immortal Life of Henrietta Lacks chronicled how the family navigated the discovery. The Lacks family felt for years that they had been mistreated by medical professionals and were taken advantage of because of their connection to HeLa.

In the HBO movie, Winfrey plays Lacks’s daughter Deborah, a key figure in Skloot’s book, who joined with the writer to track down what happened to Lacks. Skloot worked for a year to gain Deborah’s trust in exploring the story.

Lawrence Lacks, Henrietta Lacks’s oldest son, has been highly critical of Winfrey, Skloot and HBO, challenging the accuracy of the story. HBO has said the rest of the family members do not share his sentiment. Five family members were paid consultants on the film, according to the Baltimore Sun.

The film premieres on April 22. 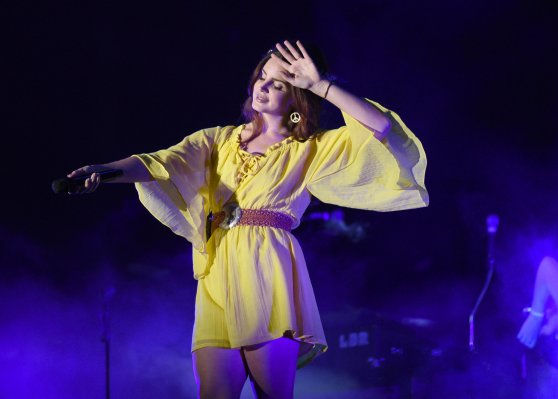