Why You Should Never Consider Any Job 'Too Small'

No job is too small to do well. That’s one of the best lessons my parents taught me, and it has served me well throughout my life and career.

In my family, there was a clear expectation that whatever you did, you did it well the first time – or you had to do it over again.

I may not have appreciated the lesson back then (what teenager wants to have to re-fold the laundry after rushing through it the first time?), but I certainly did as I got older. I came to see the value in giving even the smallest task my full attention and best effort.

The first real test of whether my parents’ lesson “stuck” came in college. During my first two years at Harvard, my work-study job was cleaning dormitory bathrooms, two hours a day, Monday through Friday. Some students might have been embarrassed to be what we affectionately called a “scrubbie.” But with my parents’ advice echoing in my ears, I approached the job determined to do the best I could.

I got a lot of positive feedback from my fellow students, who appreciated my attention to detail – and their squeaky-clean bathrooms. But the most important reward was internal: the personal satisfaction of knowing that I gave the job my all. That helped to reinforce the “no-job-is-too-small” habit, and like a muscle being exercised, the habit kept getting stronger over time. I’m certain it’s one of the things that have helped me to be successful in my career.

I recently got a letter from the students who lead the Harvard Dorm Crew, the program that launched me as a “scrubbie” all those years ago. Sixty-six years after its founding, the program is still going strong, and it continues to deliver meaningful experiences to students. One graduate is quoted on the group’s website as saying that she “learned more about work, leadership, time management, and most other valuable life skills from Dorm Crew than I did from any other single source at Harvard.”

In the working world, not every job offers up glamorous assignments. And even high-profile positions require performing mundane work at least some of the time. But every job can be rewarding if you approach it with the right mindset. The temptation, especially for those who see themselves as bound for bigger and better things, is to focus too much on getting to the next job – and not enough on the task at hand. You have to earn the opportunity to step up by performing with excellence in your current job. If you follow my parents’ sage advice – no job is too small to do well – you really can’t go wrong.

Roger W. Ferguson, Jr. is President and CEO at TIAA 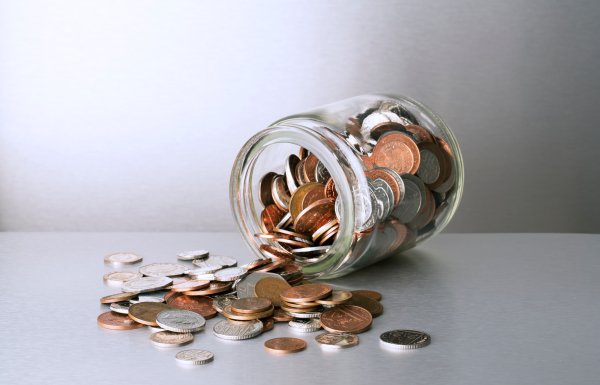 5 Smart Ways to Use Your Tax Refund
Next Up: Editor's Pick