What to Know About Cleveland Facebook Murder Suspect Steve Stephens

A suspected killer who police say fatally shot an elderly man in Cleveland and published the gruesome video of the murder on Facebook is still on the lam as authorities on Monday widened a search for him to include the entire country.

The crime, which authorities have condemned as “heinous” and “senseless,” has left at least one family grieving and has put local communities on edge. Police pledged to hunt nonstop for suspect Steve Stephens. “We’re not going to stop until he’s in custody,” Cleveland Police Chief Calvin Williams said at a news conference Monday.

Here’s what to know about the suspect and the incident:

Cleveland police and the FBI are on the hunt for Stephens, 37, who allegedly shot and killed a 74-year-old man at random Sunday, recorded the murder and then published the video on his Facebook page. The footage, which Facebook has since removed, shows Stephens approaching Robert Godwin Sr. and asking his victim to say a woman’s name. “She’s the reason that this is about to happen to you,” Stephens tells Godwin before gunning him down.

In another video, Stephens can be seen calmly telling somebody over the phone that he killed more than a dozen others. However, only one victim has been confirmed as of Monday morning, Williams said.

Joy Lane, the woman who Stephens mentioned in the video, told TIME that she’s “overwhelmed” by the violence. “I feel bad for all the families affected. He was a really good guy. He’s been fabulous to me,” she said, declining to comment further.

Where is the suspect?

Authorities do not know where Stephens may be hiding but have expanded their search nationwide and have offered a $50,000 reward for information leading to his arrest. “This is what we consider a national search,” Williams said. “We are not going to leave any stone unturned.”

“We definitely want to get it resolved as fast as possible,” Williams added. “The victim’s family, they deserve that.”

The FBI is assisting in the investigation. Peter Elliott, the U.S. Marshal for the Northern District of Ohio, said he was “very optimistic” that Stephens would be captured “pretty quickly.” “We’re going to make this individual’s world very, very, very small,” Elliott said.

Stephens works as a case manager at Beech Brook, which is an Ohio-based behavioral health agency that serves children and families, according to the Associated Press. Williams said Stephens has “a lot of traffic violations” but no criminal record. Stephens is also affiliated with the Omega Psi Phi fraternity, the AP reports. Beech Brook spokeswoman Nancy Kortemeyer said in a statement to the AP that the agency was “shocked and horrified” by the killing.

Stephens is considered “armed and dangerous” and appears to have “deep, deep issues,” Williams said. The woman who is mentioned in the video is “safe” in an undisclosed location, according to police. She is among several people who have cooperated with authorities in the investigation.

Investigators were able to have a brief phone conversation with Stephens early in the investigation, Williams said. Authorities urged the suspect to turn himself in for the “heinous crime.”

Stephens is wanted on an aggravated murder charge. The 6-foot-1 man was last seen wearing a dark blue and grey or black striped polo shirt and driving a white Ford Fusion.

Who is the victim?

Godwin was a retired foundry worker who is survived by nine children, 14 grandchildren and several great-grandchildren, one of his sons told Cleveland.com. Godwin often collected cans on the street, Robert Godwin Jr. said. Godwin Jr. said he saw his father Sunday morning, hours before the fatal shooting. “He hugged my wife and me and said ‘I’ll see you guys next time,’” the son recalled.

Godwin Jr. said he hasn’t been able to summon the strength to watch the video of his father’s shooting death. “I don’t really want to see it,” he said. 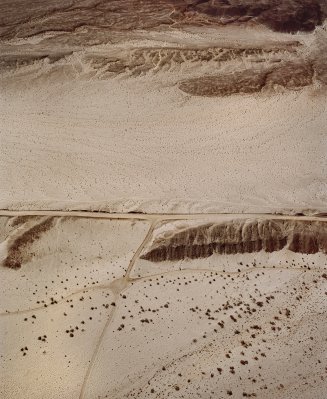 This is What the U.S.-Mexico Border Actually Looks Like
Next Up: Editor's Pick