Police responded to a car-pedestrian accident Friday afternoon in the gated community of Las Sendas, ABC reports. Heap reportedly struck the girl while moving his truck forward in the driveway, police said.

She was taken to a local hospital, where she later died, police said, ABC reports.

Heap did not display any signs of impairment, officials said, according to ABC. Investigators will continue to look into the incident.

Heap played 10 seasons for the Baltimore Ravens after his selection in the first round of the 2001 NFL draft. He spent the last two seasons of his career with the Arizona Cardinals and retired in 2012.

“We cannot imagine the heartbreak and sorrow Todd and Ashley’s family feels right now,” the Ravens organization said in a statement. “This is knee-buckling news and an overwhelmingly sad tragedy. Our prayers, our thoughts and our hearts are with the Heaps, who have contributed so much to the Ravens and Baltimore community. We believe their deep faith and tremendous support from friends and family will help them through this unimaginable time.”

“Our hearts go out to Todd, Ashley and the Heap family,” the Cardinals said in a statement. “It is a grief that is beyond words and one which no family should ever experience. Hopefully the prayers, love and support of their incredible group of friends and family provide them comfort that along with their strong faith will lead them through this unspeakably difficult time.” 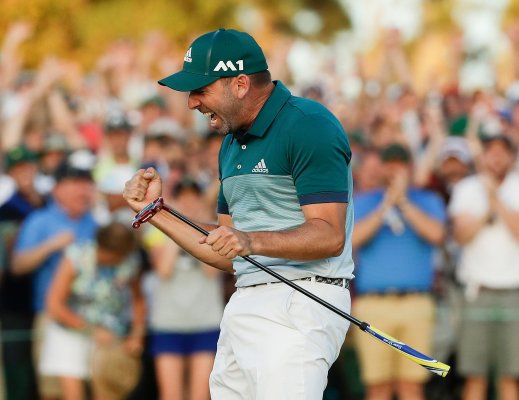 A First Major Tournament (Finally) for Sergio García
Next Up: Editor's Pick