How the Month You Were Born Affects Your Personality, According to Science

Let’s agree on one thing first: Astrology is gibberish — gibberish with a nice line of charm bracelets, maybe, but gibberish all the same. Its fundamental premise — that the combined gravity of all of the planets at the moment you’re born determines your personality — is all by itself its undoing.

As Newton knew, the gravity of any massive object is inversely proportional to the square of its distance. Even for a giant planet like Neptune, which is 2.7 billion miles (4.4 billion km) away, the amount of gravitational pull it exerted on you at birth was…let’s see…times 2.7…divided by 1.1…carry the 2…got it! Zip. So whether you’re a Saggiquarius or Tauricorn or whatever they’re called, forget it.

But just because the day of your birth makes no difference doesn’t mean the same thing is true for your season of birth. Here, scientists are building up a small but increasingly persuasive body of evidence that there may indeed be some cause and effect at work.

There are countless things that affect a baby’s development in the womb. Maternal nutrition certainly plays a role, with babies born during famines tending to be frailer than babies born in boom times. Even in the developed world, where food is plentiful, maternal diets that are poor in protein or vitamin C or vitamin D can affect brain or heart or bone development. Seasonal viruses — particularly the flu — can affect maternal health and fetal development too. Gestation during wintertime, with its short days and long nights, can cause seasonal affective disorder (SAD) in mothers, with low serotonin levels in the maternal brain potentially leading to similar shortfalls in the baby.

Even after birth, babies continue to be shaped powerfully by the world around them. One 2010 study conducted in mice found that mouse pups born and weaned in simulated winter light adjusted less well to a change to summer light, exhibiting poorer feeding habits and activity levels. Mice born and weaned in summer light had no such problems adjusting to winter conditions. Subsequent study of the brains of the mice found that a gene that regulates circadian rhythms was overall less active in the winter-born mice.

A flurry of recent studies in the last half-dozen years have sought to extend these findings to humans, with researchers profiling the temperaments of college students and adults and then tracing back to their birth seasons, looking for broad seasonal patterns. Consistently — if preliminarily — they’ve found them. (Caution: Your results may vary.)

Spring: Congratulations, March, April and May babies, you score high on the hyperthymia scale — which is actually good. Hyperthymia is general optimism — the ability to see every down as a prelude to an up, every market crash as a run-up to a boom. But that comes at a price: spring babies are also more susceptible to the precise opposite of hyperthymia: clinical depression. Ground zero for the condition — according to a massive study of 58,000 subjects in the U.K. in 2012 — is among people born in May. November babies have the lowest depression rates.

Summer: It’s mostly glad tidings for June, July and August babies. No SAD for you — at least nothing caused by the light levels after your birth, though there may be some impact from mom having carried you in December, January and February. Summer babies have some of the same hyperthymic characteristics as spring babies, but that can be offset by cyclothymia — rapid cycling between high and low moods. Still, that’s probably not a warning sign of bipolar disorder; bipolar diagnoses are lowest among babies born in August.

Fall: For people who believe in astrology (we’ve mentioned that it’s hooey, right?) the general equanimity of fall babies seems to provide evidence that at least the sign of Libra — the well-balanced scales — has something going for it. It doesn’t of course, but whether the cause is the bountiful nutrients available at harvest time, or the fact that the long nights and seasonal illness of winter have not yet descended, people born in fall not only enjoy low levels of depression, but are similarly less likely to develop bipolar disorder. The one glitch in the autumn-born: they do have a tendency to irritability.

Winter: Buckle up, babies, things could get rough. Among the challenges facing people with winter birthdates are higher levels of schizophrenia, bipolar disorder, SAD and depression. That’s a nasty handful, but there are a few compensations: winter babies are less irritable than those born in fall. What’s more, according to an admittedly small 2015 study of 300 celebrities, January and February are the right months to be born if you want to be famous since those months correlate with creativity and imaginative problem-solving.

None of this means that parents should try to time births for particular seasons. And none of it means that birth month is a remotely conclusive thing. There are plenty of cranky pessimists born in March and plenty of October babies whose scales are always out of balance. Ultimately, your personality is much less about the season you’re born than the things you experience in all of the many seasons of life that follow. 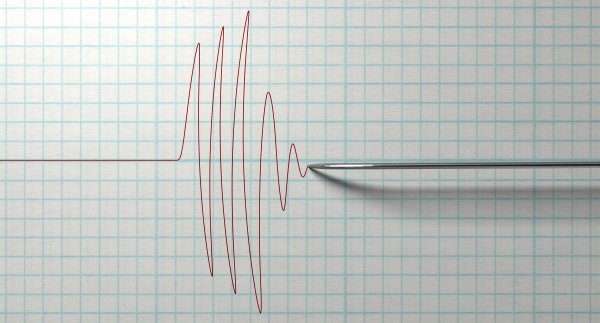 How Science Can Tell Whether You're a Good Person
Next Up: Editor's Pick