In a letter to White House Counsel Don McGahn, representatives from seven groups stated their opposition to the Trump Administration’s reversal of an Obama-era policy of releasing the names of most of those who enter the White House complex, calling it “deeply troubling” and calling for the decision to be reversed “immediately.”

“Transparency is a core principle of American government,” the letter states. “As one of the first proponents of the Freedom of Information Act said over fifty years ago, “We must remove every barrier to information about – and understanding of – Government activities consistent with our security if the American public is to be adequately equipped to fulfill the ever more demanding role of responsible citizenship.” Or as Abraham Lincoln put it more succinctly, ‘Let the people know the facts, and the country will be safe.'”

White House communications director Michael Dubke said the decision to reverse the Obama-era policy was due to “the grave national security risks and privacy concerns of the hundreds of thousands of visitors annually.”

The signatories to the letter, which was drafted by the group American Oversight—founded last month by former Obama administration staffers and Democratic operatives,—include the American Civil Liberties Union, Citizens for Responsibility and Ethics in Washington, Every Voice, Public Citizen, the Sunlight Foundation and United to Protect Democracy.

The full text of the letter is below: 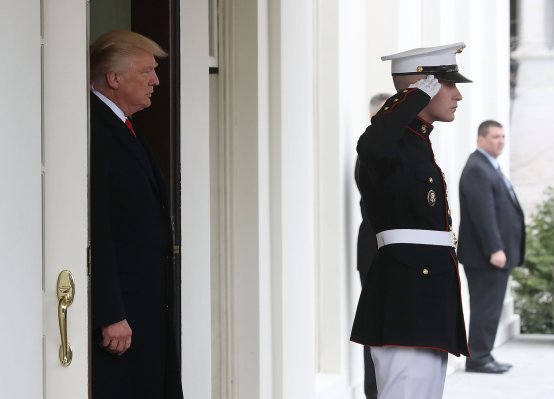 The White House Will Keep Its Visitor Logs Secret
Next Up: Editor's Pick