Lady Gaga has plenty of tricks up her sleeve. Her latest: a brand-new song, debuted for the first time during her Coachella set Saturday night.

After taking over headlining duties from pregnant Beyoncé for this year’s massive California music festival, Gaga knew all eyes would be on her to deliver a performance for the ages. Luckily, she’s pegged her career on making bold statements; from wild costumes to aerial acrobatics, she tends to give us plenty to talk about. This time, it’s her surprise music release.

“The Cure” is a pop hit that Gaga later announced was going to be her new single — telling the crowd it was already released online.

The song follows last year’s rock ‘n’ roll album Joanne, for which she’s going on tour later this year. Gaga was last seen lighting up the stadium at the winter’s Super Bowl and jamming out with Metallica at the Grammy’s. Given the quick turnaround time of preparing for the Coachella gig, her weekend performance was stacked with standby hits from the pop phenomenon—plus this unexpected addition.

Gaga is joined in the desert over the weekend by Kendrick Lamar, Radiohead, and over 100 other acts for the 18th iteration of the festival. This is its first weekend; it all repeats again next weekend. Gaga’s high-energy hour-plus set also marks an important moment for the festival: it’s the first time in a decade that a woman has headlined the Indio event.

Check out the new song above. 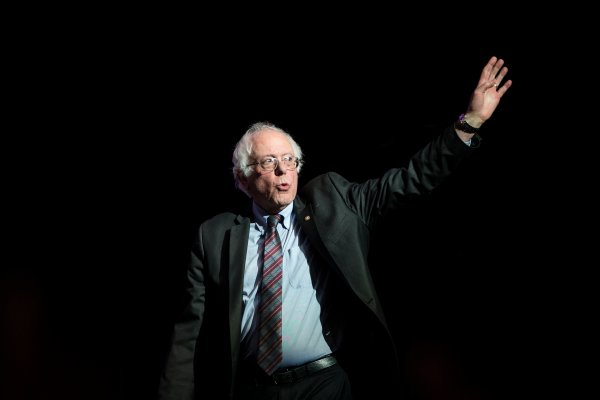 Bernie Sanders Gave a Speech Behind a Giant Ben & Jerry’s Tub and Twitter Had Lots of Jokes
Next Up: Editor's Pick