If you’ve ever wanted to work at Glossier, now may be your chance. The digital skincare and makeup brand born of beauty blog Into the Gloss will be expanding their 61-member staff by 282 positions.

“This major expansion will create nearly 300 new jobs and demonstrates the success of our strategies to help businesses flourish in this state’s 21st century economy,” Governor Cuomo said in a statement. He did not indicate which of Glossier’s Super Serums he prefers.

The brand’s immense success, including more than $40 million in venture capital funding, combined with its New York City roots contributed to their selection to be part of the Excelsior Jobs Program.

“Glossier launched in New York State and took the beauty industry by storm,” Empire State Development President, CEO & Commissioner Howard Zemsky said in a statement. “We are proud to work with them on their expansion and support the creation and retention of hundreds of new jobs.”

Weiss said, “We are incredibly excited to continue building a team in downtown New York City who will work to further Glossier’s mission of empowering women to feel proud of who they are today.”

Currently, there are 13 job openings listed on Glossier’s website. The brand has not yet revealed what types of positions will be added and when.

Motto reached out to Glossier and Governor Cuomo’s office but did not immediately receive a response. 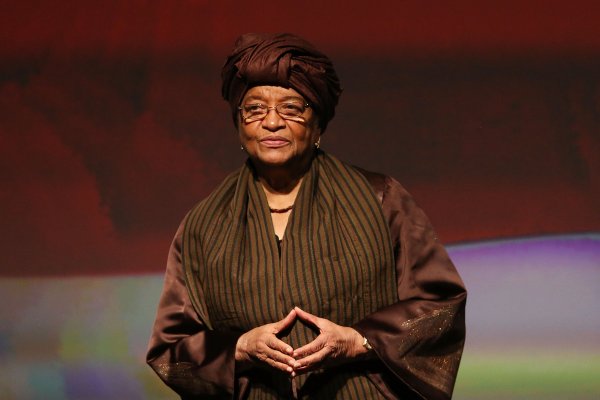 What American Women Can Learn From Liberia’s Female President
Next Up: Editor's Pick