A physician in Detroit has been charged in a landmark case with mutilating the genitals of two 7-year-old-girls, a practice that is common in some cultures but is internationally recognized as a human rights violation.

The Detroit News reports that Jumana Nagarwala has been detained and arraigned in a federal court, where she faces up to 15 years in prison on charges of female genital mutilation and transport with intent to engage in criminal sexual acts.

An FBI investigation dating back to at least February, parts of which were unsealed Thursday, found evidence that Nagarwala had made phone contact with the two young girls’ families. Interviews and medical examinations revealed that the two girls undergone genital surgery.

The FBI documents say that both girls were told not to talk about the procedure, both complained of severe pain, and both identified Nagarwala as the doctor who had performed the procedure, according to the Detroit News.

One of the girls, speaking to an FBI agent cited in the court filing, said that after the procedure, “she could barely walk, and that she felt pain all the way down to her ankle,” Detroit News reports.

According to the court document cited by the paper, Nagarwala agreed to an interview with investigators but has denied taking part in any criminal activity.

A spokesperson for her employer, the Henry Ford Health System, said the alleged criminal procedures were not performed at any of the company’s facilities and Nagarwala has been placed on leave.

FBI agents have reportedly identified other girls who may have been victimized by Nargawala in previous years, according to the Detroit News. The FBI estimates that some 513,000 young girls may be at risk nationwide, and efforts are underway to crack down on the crime.

The case is believed to be the first of its kind to be tried in a federal court. Female genital mutilation (FGM), sometimes referred to as female circumcision, is most common in parts of Africa, the Middle East and Asia, or among migrant communities from those regions.

According to the World Health Organization, about 3 million girls are at risk of being “cut” each year, and some 200 million have already undergone the procedure worldwide. 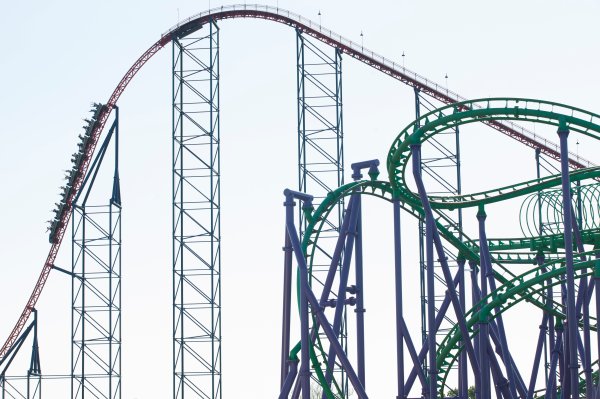 Six Flags Roller Coaster Gets Stuck With 24 On Board
Next Up: Editor's Pick