The Switch Is Nintendo's 'Fastest Selling' System in History

This is a figure to pay some heed: 906,000. That, according to retail tracker NPD Group, is how many units of its $299 Switch hybrid gaming TV-handheld Nintendo moved in March. It’s also a record, says Nintendo, selling faster than any other video game system in the company’s storied history.

We kinda-sorta knew this was coming. Word on the street was that the Switch was selling well above expectations. Lucking into finding one has become a genuine trick. And that itself has become newsworthy. The Switch arrived off-season, during the dregs of winter, and more than half a year ahead of the traditional holiday rush.

No, it’s not the fastest selling game system in history. As Nintendo itself notes, it’s simply “one of the fastest.” Contrast with Sony’s PlayStation 4, for instance, which launched November 15, 2013, and by December 28, 2013, had cleared over 4 million units. To beat that, the Switch would have to clear that figure in the next week or so, which it almost surely won’t.

But the difference, again, is that Sony’s console launched just ahead of the 2013 holiday sales blitz. It’s anyone’s guess what sort of figures Switch might be boasting had it launched end of this year (or for that matter, end of last). Though had Nintendo underestimated demand then as now, who knows. But moving nearly a million units of any game system in a month like March (the alt-biz phrase is “nontraditional month”) is definitely noteworthy.

Remarkable feat number two: Nintendo sold 1.3 million copies of The Legend of Zelda: Breath of the Wild, the company’s $59 “open air” take on its fabled fantasy franchise. How do you sell more copies than Switch units? In part because that’s a coupling of 925,000 units for the Switch and 460,000 for the Wii U. But 925,000 still propels you past a 100% attach rate, or as Nintendo puts it, “That means that Nintendo sold more of this game for Nintendo Switch than it sold Nintendo Switch systems.”

The company reasons this is because some bought the limited edition, and a second copy to play. A 100% attach rate is crazy enough in this industry, and all but unheard of. It makes Breath of the Wild both the all-time fastest-selling Nintendo launch game, as well as the fastest selling game ever in the series. The power of Zelda, folks.

The only story bigger than “Look how freakin’ crazy Switch sales are!” is the one about how crazy-hard it is to find a Switch. Nintendo notes “shipments have not yet been able to keep up with such high demand,” which sounds great, but won’t thrill anyone who’s been waiting for weeks to find one (or worse, paid scalper prices). The news also comes on the heels of some pretty downer news: that Nintendo will this month discontinue its NES Classic Edition, a $59 retro game system that played 30 baked-in NES games. It’s been at least as hard to find as the Switch for months.

The company reminds that Mario Kart 8 Deluxe, its souped-up retooling of Mario Kart 8 for the Wii U, is due on April 28, which given how insanely popular that kart racer was the last go-round (for a system a fraction as in demand as the Switch is now), means the stress points on the supply chain aren’t likely to ease soon. 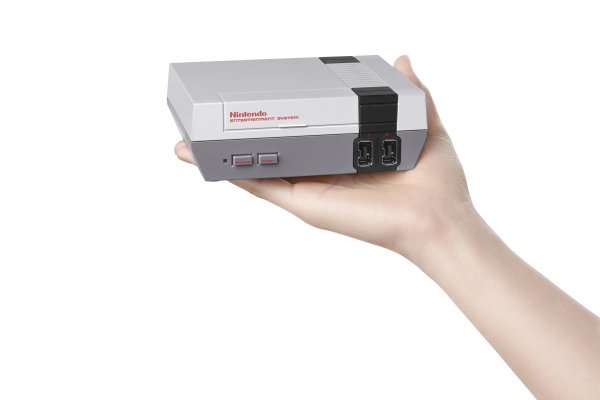