FBI director James Comey warned Americans that information they read on the Internet may be part of organized disinformation campaigns aimed at undermining confidence in U.S. elections.

Opponents of the U.S. “used all kinds of vectors to try and influence and undermine our own faith in our democratic processes,” Comey said at an event at the Newseum in Washington, D.C., on Wednesday, the Associated Press reports.

Comey said the FBI would publicly call out efforts to interfere in American politics and added that the public should also be on guard.

“The most important thing to be done is people need to be aware of the possibility that what they’re reading has been shaped by troll farms looking to push a message on Twitter to undermine our confidence” in the electoral process, Comey said, according to AP.

U.S. intelligence agencies said in a January report that Russian attempts to support Donald Trump in the 2016 presidential election involved paid social-media users, according to AP. Last month, Comey confirmed the FBI is investigating Russian interference in the U.S. election and potential links between Russians and the Trump campaign.

The FBI does not typically discuss ongoing investigations, but Comey confirmed the Russia investigations at a hearing before the House Intelligence Committee. 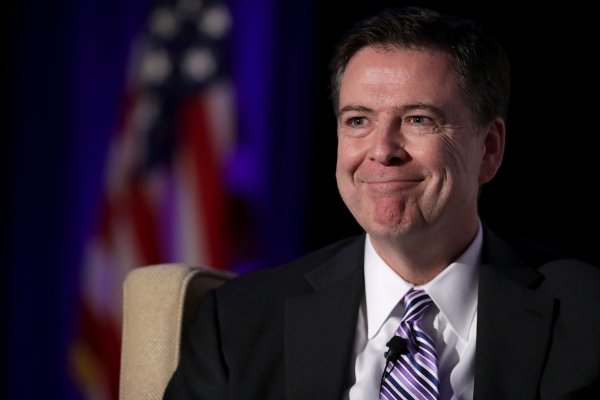