The series won’t be part of the Law and Order universe. Instead, it will be a documentary-style show called Inside the FBI: New York, according to CBS News. Wolf will produce the show with documentarian Marc Levin.

Comey hopes the series will rehabilitate the FBI’s image, which has taken a beating over the past year. “We have to care what people think about us,” Comey told CBS. “The faith and confidence of the American people is the bedrock.”

The FBI chief added that he worries people don’t understand the bureau. “We did a lot last year that confused people,” he said.

In 2016, Comey and his bureau received intense criticism for their handling of an investigation into Hillary Clinton’s emails while she was Secretary of State, and for their announcement shortly before the election that potentially relevant emails were found on a device owned by the husband of Clinton’s aide Huma Abedin.

Since Donald Trump’s election, the public has renewed its scrutiny of Comey as he deals with a major investigation into potential ties between the Trump campaign and the Russian government.

The new series filmed at the FBI offices from September 2015 until September 2016. It captured the bureau’s response to events like the Paris terror attacks and the 2016 bombing in New York City’s Chelsea neighborhood. 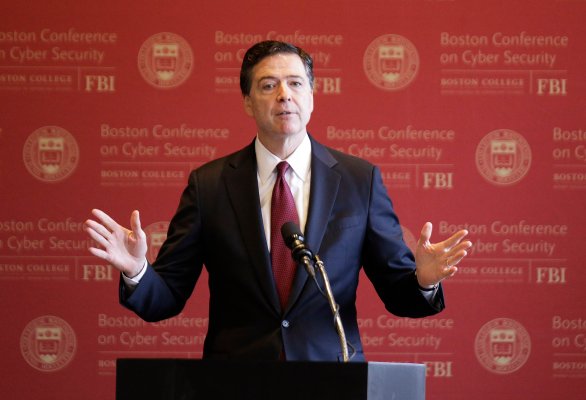