Nintendo of America said Thursday it will discontinue the NES Classic Edition for the remainder of the year, effective immediately. In a statement, NOA said it expects to receive the last shipments of the system for the North American region in April. After that, the only way to get one will likely involve paying exorbitant scalper prices.

The pint-sized Nintendo Entertainment System emulator, which comes with 30 classic NES games for $59, has been all but impossible to find. It sold out immediately upon arrival last November, and has been driving a thriving secondary scalper market, where it typically goes for two to three times its suggested retail price. With word of Nintendo’s imminent and ostensibly permanent discontinuation, it only stands to reason those prices are going to soar.

Though the statement stipulates “for this year,” technically leaving open a post-2017 door, it’s hard to imagine the NES Classic Edition returning post-holidays in 2018.

Update: In a statement to TIME, Nintendo adds “At this time, we have no plans to produce more NES Classic Edition systems for NOA regions.”

It wouldn’t take all of the sting out of this announcement, but Nintendo explaining more about its plans for legacy emulation on its just-as-hard-to-find Nintendo Switch might quell some of the pushback sure to come from this decision. We know the company plans to sell both NES and Super Nintendo Entertainment System (SNES) games when it launches its paid online service for the Switch later this year, but little else.

But for now, as they say, it’s “So long, farewell, auf wiedersehen, good night.” 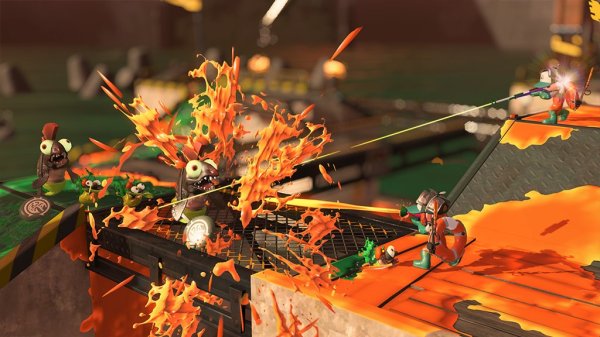 Here's When Arms and Splatoon 2 for the Nintendo Switch Will Be Available
Next Up: Editor's Pick