Stephen Colbert on Trump: 'I Would Trade Good Ratings for a Better President.'

It’s been a wild ride of a year for the Late Show host, who took over the big gig in time to find himself delivering the punchlines for Trump’s America. Now sitting pretty as the reigning king of late night shows, Colbert doesn’t shy away from lampooning our political leadership in his signature dry style. But despite his newfound success, he shared in an interview with The Hollywood Reporter that he’d actually rather not have Trump in office—even if it meant his own career would suffer.

“I would trade good ratings for a better president,” he admitted in the interview.

Colbert, who interviewed Trump back in 2015, also has a few questions for the president ready to go if he ever gets the chance to chat him up again. The first question: “What do you mean by ‘great again’? Define ‘great.'” And the second, he said, would be to challenge Trump to make a statement that might bother Russian leader Vladimir Putin: “You could dispel all of these rumors if you would just say one thing. Just say, ‘Yeah, he kills journalists.’ Say it.””

Although it’s unlikely Colbert will be able to book Trump for his show again, he still seems pretty pleased with his current role and the reception of his audience. “I think I’ve got the best job in America,” he said. 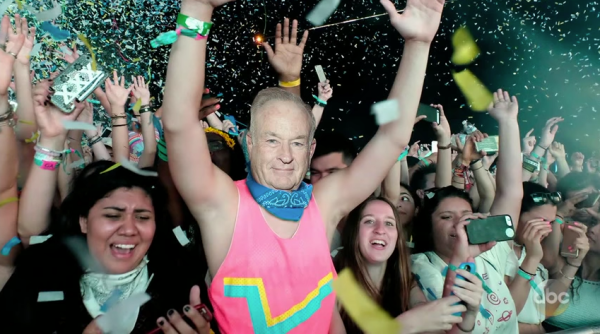 Jimmy Kimmel Has Vacation Ideas for Bill O'Reilly, Like Hell
Next Up: Editor's Pick