If you’ve ever kicked off a new goal with tons of motivation, only to feel less and less excited about it over time, you’re not alone. But there’s good news: According to a new study, making one deliberate change in your mindset may help you follow through to the end.When researchers from the University of Winnipeg and the University of Manitoba set out to study why enthusiasm tends to fizzle during progression toward goals—like losing weight or saving money—they found that people’s sources of motivation tend to change along the way.

In a series of five experiments, the scientists confirmed that in the early stages of pursuing a goal, participants were motivated by hopes and aspirations—what’s known as promotion motivation. People who want to lose 20 pounds, for example, may be driven by thoughts of their slimmed-down appearance, new clothes, and improved energy levels. In promotion-motivation mindset, people are motivated by positive things they can do to make progress—like exercising more and eating fruits and vegetables.

As people in the experiments got closer to reaching their goals, however, prevention motivation seemed to work better than promotion motivation. A prevention-motivation strategy focuses on responsibilities, duties, and avoiding negative outcomes or “wrong” choices. For a weight-loss goal, this might mean steering clear of dessert or fast-food restaurants, or thinking about how disappointing it would be not to fit into a certain pair of jeans.

RELATED: Use This Trick To Get an Amazing Memory

The problem, says lead author Olya Bullard, Ph.D., assistant professor at the University of Winnipeg, is that most people are predominantly promotion-focused. That makes them good at setting out toward a goal, but not great at accomplishing them.

Writing in the Journal of Consumer Psychology, Bullard and her colleagues say that people who feel their motivation flagging should switch up their mindset—and start focusing on what to avoid in order to succeed in the home stretch.

RELATED: This Is What a Panic Attack Really Feels Like

For people trying to save for a house, for example, initial strategies may include putting away a certain amount of money each week, or pursuing a higher-paying job. Later on, focusing on avoidance strategies—like skipping expensive purchases and dinners out—are more likely to be effective.

This natural shift in motivation seems to happen around the halfway point toward a goal, Bullard said in an email to Real Simple. “If you are trying to lose 20 pounds, you will switch at about the 10 pound mark,” she says. She recommends people focus on positive motivators in the first half of their journey (“It will feel great when I reach my goal!”), and focus on avoiding the negative in the second half (“Once I reach my goal I will not have to be embarrassed about my muffin top.’”).

Why halfway? The researchers explain that when we begin working on a goal, we compare where we are to where we started. “This shows us how much we have done so far—the extent of our attainment,” they write. This produces a promotion-motivation focused on positive outcomes.

Once we pass the midpoint toward our goals, however, we begin to assess progress by comparing where we are to where we want to end up. “This makes us focus on how much we have yet to do—the extent of our shortcoming,” they write, “which produces a focus on preventing negative outcomes.”

RELATED: The Surprising Connection Between Social Media and Loneliness

Bullard and her colleagues even provide a few tips for improving chances of success. When you begin working on a goal, they say, make a list of the ‘right things’ you can do to make progress. Take note of the positive things you’ll attain by reaching your goal, and reward yourself when you make progress—as long as the reward doesn’t undermine your actual goal, that is.

In the later stages, focus on how your goal will help you fulfill your duties and responsibilities, they say—and employ avoidance strategies to stay motivated. “Make a list of things ‘not to do’ to stay on course toward your goal, write down the negative things you will prevent from happening by reaching your goal, and give yourself a break from something you don’t enjoy when you make progress,” they write.

In the end, switching to an avoid-the-negative mindset may seem like a bit of a downer, especially if it means focusing on all the things you shouldn’t be doing. But it’s worth it, says Bullard. These strategies can help you finally achieve your end-game, she says, which is really the most positive result of all. 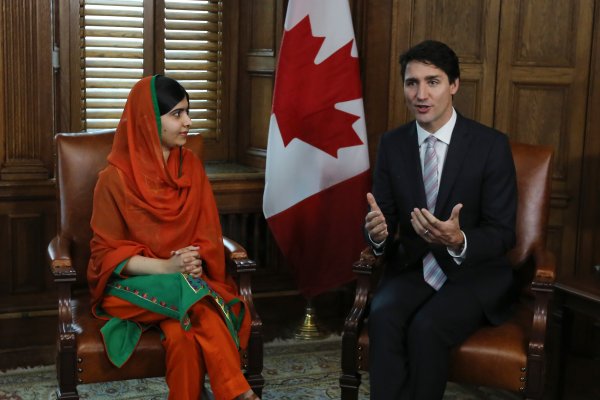