It was always clear Enceladus was up to something strange. From the moment astronomers began closely observing the small Saturnian moon, they noticed an odd bulge in the planet’s outermost ring — the E ring — that seemed to be following Enceladus through its orbits. It was almost as if the little 313-mile (504 km) diameter world was outgassing something, like a steamship leaving an exhaust trail in its wake.

Telescopic observations confirmed that it was doing just that, and that the exhaust was made of frosty water geysers, pumped out of the interior of the moon by the gravitational flexing exerted by Saturn itself and other passing moons. At a press conference this afternoon streamed from three different NASA locations including the agency’s Washington D.C. headquarters, scientists announced a far bigger finding that was uncovered by the Cassini spacecraft, which has been orbiting Saturn since 2004: the Enceladan plumes contain the chemical signatures of hydrogen, suggesting the existence of hydrothermal vents at the bottom of the moon’s liquid ocean. On Earth, hydrothermal vents — rich in minerals, heat and of course water— teem with aquatic life. What’s true here, could be true there, too.

“The hydrogen could be a potential source of food for any microbes that might be in Enceladus’s ocean,” said Linda Spilker, Cassini project scientist at NASA’s Jet Propulsion Laboratory in Pasadena, during the press conference.

And that wasn’t all. At the same press conference, NASA scientists working with the Hubble Space Telescope announced the discovery of a similar plume, associated with a thermal hot spot, on the surface of Europa, a moon of Jupiter that is known to be covered with a rind of ice overlying a global ocean.

“Europa is about the same size as our moon, yet it’s got twice as much ocean as planet Earth,” said William Sparks, an astronomer with the Space Telescope Science Institute in Baltimore. “If you have a salty ocean in contact with a rocky core, you have many of the ingredients for life.”

Of the two announcements, it is the one concerning Enceladus that is the bigger news. That’s both because the ocean on Europa was effectively confirmed as long ago as the 1979, while the Enceladan ocean is a relatively recent discovery. Much more important, the Europan plume was merely observed from Earth, while the one from Enceladus was actually tasted by Cassini’s on-board sensors when the spacecraft barnstormed the moon at a distance of just 30 miles (49 km).

It took until now for the data to be fully analyzed and it was the relatively high concentration of hydrogen that was the breakthrough finding. Microorganisms that might exist in the water could use the hydrogen to produce energy by combining it with carbon dioxide in a process called methanogenesis. As the name suggests, that produces methane as a byproduct, another potential signature of biological activity. Multi-cellular organisms — around Earthly thermal vents, these are typically worm, fish and crustaceans — could in turn feed on the microorganisms the methanogenesis supports.

“We have made the first calorie count in an alien ocean,” said Chris Glein, a member of the Cassini team. “We haven’t discovered organisms, but I am encouraged by the results.” Pressed by a reporter during the press conference for the amount of energy — or calories — they’ve counted, Glein actually had a readily relatable answer. “The plume chemistry we’ve seen is roughly equivalent to 300 pizzas per hour.”

Still, for all the news Enceladus made Thursday, Europa remains the go-to moon for astronomers looking for life. That’s partly because of its size — it’s more than six times the diameter of Enceladus, meaning a much bigger ocean.

In 2022, NASA is set to launch an unmanned spacecraft, the Europa Clipper, that will make close approaches to the frozen moon, studying its surface in detail, and looking for cracks and possible landing sites. Just two years later, that ship will be followed by a lander, complete with an ice drill and perhaps a small robotic submarine to swim through any extraterrestrial waters the drill might reach.

Left unsaid by the scientists today is the equally tantalizing fact that Enceladus, Europa and, of course, Earth are not the only water worlds in the solar system. Pluto and Jupiter’s moon Ganymede both have subsurface oceans and so may another large Jovian moon, Callisto. Life, at least the way some scientists see it, is not all that hard — a simple equation of chemistry plus energy plus water plus time. The energy and time are available on lots of planets and moons. On a growing number of worlds very close to home, the chemistry plus the water, we now know, are abundant as well. 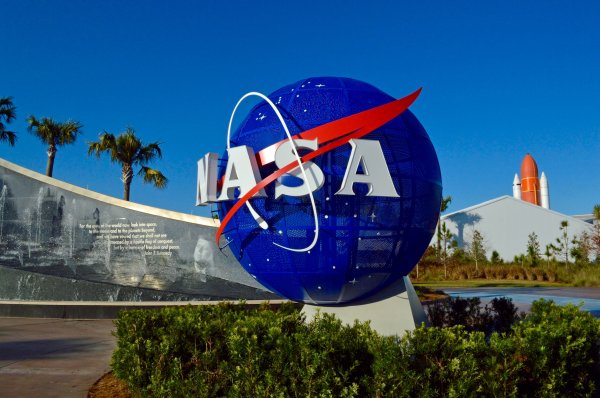 NASA Reveals New Discoveries to Help in Search for Life in Space: Watch Online
Next Up: Editor's Pick