Former U.S. President George W. Bush speaks during a discussion about his new book "Portraits of Courage: A Commander in Chief's Tribute to America's Warriors" at the Ronald Reagan Presidential Library on March 1, 2017 in Simi Valley, California.
Justin Sullivan—Getty Images
By Zamira Rahim

In an interview with NPR, Bush reflected on his time in office, including the PEPFAR program he helped set up. The program is dedicated to the fight against HIV and Aids, particularly in parts of Africa. During his post-presidency, Bush said one of the most meaningful moments has been the chance to vist a Namibian maternity ward.

So far, Bush’s PEPFAR program has not been affected by current President Donald Trump’s proposed cuts on foreign aid spending. And when challenged about inequality in the U.S., Bush defended his belief in the value of foreign aid.

“The idea of turning our back on a pandemic that would’ve wiped out an entire generation of people, I don’t think is in the spirit of the United States,” he said. The former Commander in Chief also linked foreign aid to national security concerns.”

Bush continued: “[When] the free world turns its back, it provides a convenient opportunity for people to spread extremism. I believe in this case that it’s in our national security interests as well as in our moral interest to continue funding this program.” 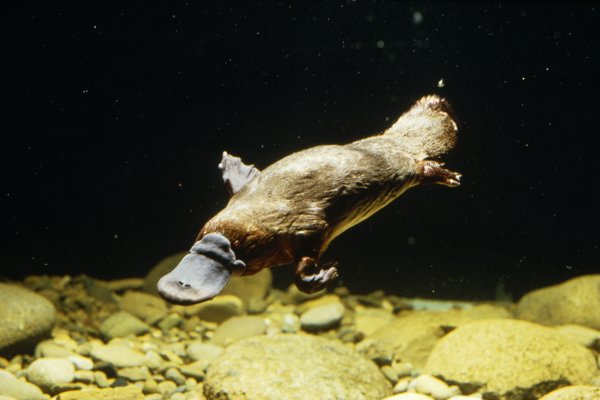 Someone Is Decapitating Platypuses in Australia
Next Up: Editor's Pick