Gene editing, through a technology called CRISPR, can edit DNA almost as easily as a word processor edits text. Now that system is being used to diagnose the presence of cancer and to create on-the-spot tests for infections like Zika virus, according to a new report published in the journal Science from researchers at the Broad Institute of MIT and Harvard.

CRISPR-cas9, first described in 2012, gives scientists the genetic equivalent of a word processing cursor, allowing them to home in on specific parts of a genome to delete, insert, copy, cut or paste DNA at will. In the current paper, Feng Zhang, associate professor of biological engineering and brain and cognitive sciences at MIT and a member of the Broad Institute, and his colleagues modified the CRISPR system so that it recognized the products churned out by genes as well. They used CRISPR to recognize specific substances that bacteria and viruses make. Picking up even the slightest whisper of these products can alert doctors that an infection is active.

The system, dubbed SHERLOCK, could accurately distinguish between Zika virus and dengue virus from blood, urine and saliva samples. SHERLOCK could also provide the answer more quickly than current tests. Now, it takes several days for doctors to culture microbes like bacteria or viruses in order to confirm that they are present. SHERLOCK, says Zhang, could identify a bacteria or virus in 30 minutes to an hour.

In Zhang’s tests, SHERLOCK also provided a way to measure how much virus was there, giving doctors a better sense of how entrenched the infection might be.

SHERLOCK could also pick up mutations present in tumors from patients’ blood. Such blood-based tests for cancer, or liquid biopsies, are a promising area of cancer research, and having a CRISPR-based tool like SHERLOCK could speed their development.

Zhang anticipates that the technology could also be critical in the fight against antibiotic resistance; SHERLOCK could determine if a person’s bacterial infection is already resistant to certain antibiotics, for example, which would help doctors to avoid those drugs. It could also pick up when a person’s infection starts to become resistant to the drug so doctors can switch a patient’s antibiotic to better fight the bacterial infection.

“This new CRISPR based platform has the potential to be developed as a point of care diagnostic that could be as easy to use as an at-home pregnancy test,” says James Collins, member of the Broad and professor of engineering at MIT.

The CRISPR system just requires a kit designed to recognize the bacteria, virus or cancer mutation in question, and those are relatively cheap and accessible. Zhang’s team predicts some tests could cost less than $1. That could make it a mainstay in lower-resource countries when infectious like Zika or even Ebola emerge, by helping people to get treatment sooner so that the breadth of the outbreak is contained.

“We want to deploy this in an area where it can make a real difference,” says Zhang. 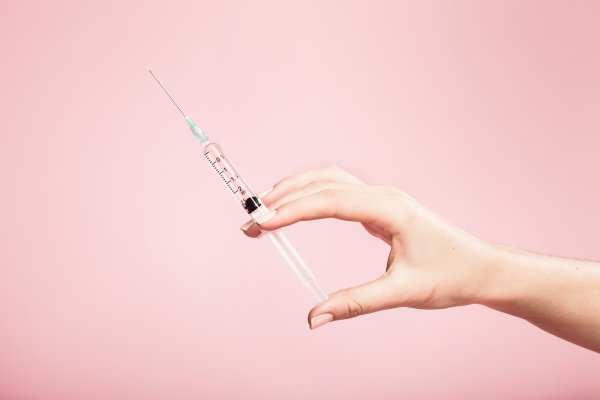 Why Vaccine Skeptics Respond Better to Information Than Shaming
Next Up: Editor's Pick