Nobel Peace Prize winner Malala Yousafzai has become an honorary citizen of Canada, days after she was named the youngest-ever U.N. Messenger of Peace.

The Pakistani activist, who champions human rights and girls’ education, gave a moving speech to Parliament as she accepted her honorary citizenship during a ceremony in Ottawa on Wednesday. “I was… very happy to meet Prime Minister [Justin] Trudeau this morning,” Yousafzai told the audience. “I am amazed by his embrace of refugees, his commitment to appointing Canada’s first gender-balanced cabinet and his dedication to keeping women and girls at the centre of your development strategy.”

Yousafzai, who became a household name after she was shot in the head by a Taliban gunman in Pakistan on her way home from school in 2012, went on to speak about the importance of educating women. “When women are educated, there are more jobs for everyone,” she said. The 19 year-old, who received a conditional offer to study at a university in the U.K. earlier this year, cited the statistic that if all girls went to school for 12 years, “low- and middle-income countries would add $92 billion per year to their economies.”

Following the speech, Trudeau tweeted a thank you to Yousafzai. “It was an honour to host you in our House – which I hope you’ll now consider your House, too,” he added.

Yousafzai is the sixth — and youngest — person to receive an honorary Canadian citizenship, according to the BBC. Other people who have received the honor include Nelson Mandela and the Dalai Lama. 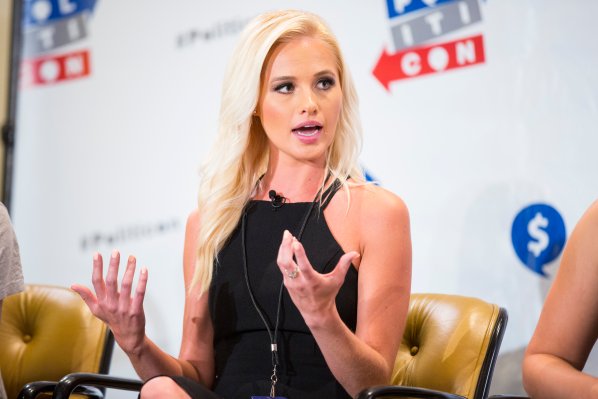 Tomi Lahren Says The Blaze and Glenn Beck Should Move On
Next Up: Editor's Pick