Japan’s Prime Minister, Shinzo Abe, said on Thursday that North Korea could be capable of firing a missile loaded with sarin gas towards Japan.

Abe made the remarks during a national security panel, according to the Associated Press.

Sarin is a lethal nerve agent which attracted worldwide attention when recently used by government forces in Syria. It has a particular resonance with the public in Japan because it was used in a terrorist attack on the Tokyo subway by the doomsday cult group Aum Shinrikyo in 1995.

North Korea last month fired four ballistic missiles that flew about 1,000 kilometers (620 miles), with three of them landing in waters that Japan claims as its exclusive economic zone.

On Thursday researchers from the Johns Hopkins University in Baltimore, Md posted photographs which appear to show activity at North Korea’s nuclear test facilities. President Donald Trump has tweeted about his discussions with the Chinese leader Xi Jinping about curbing the isolated state’s aggression.

On Saturday North Korea celebrates the birthday of founder Kim Il Sung, an event which it has marked in the past with displays of military strength. 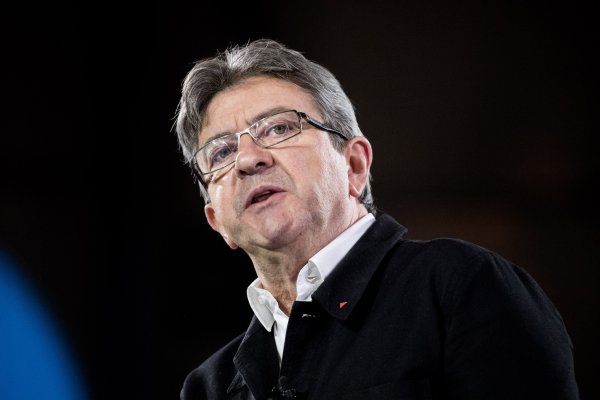 'France's Bernie Sanders' Shakes Up Race for President
Next Up: Editor's Pick