The Wild Cards of the French Election

Founder of the left wing movement 'La France Insoumise' and candidate for the 2017 French Presidential Election Jean Luc Melenchon delivers a speech during his meeting on February 5, 2017 in Lyon, France.
Clement Mahoudeau—IP3/Getty Images
By Zamira Rahim

Polls favor the national front’s Marine Le Pen and independent Emmanuel Macron to go forward into the second round of the French presidential election after the first stage of voting on April 23. But a trio of populist fringe candidates have shaken up the race in the final weeks before the polls open:

The French far-left firebrand has surged in recent polls, thanks to a fervent, youthful fan base, and now rivals scandal-tainted conservative candidate François Fillon for third place. He has eclipsed the Socialist Party’s candidate, Benoît Hamon, and is threatening to steal votes from the centrist Macron. The founder of France Unbowed has a populist platform and aims to lower the retirement age to 60, increase taxes on high earners and take France out of the E.U. and NATO.

The plainspoken candidate for the New Anticapitalist Party took just five weeks off from his job as a Bordeaux mechanic to run for President and has become a media sensation after attacking Fillon and Le Pen for corruption scandals during the second presidential debate. He does not have a wide base of support, but he could further splinter the left-wing vote.

Le Pen is not the only nationalist in the race. Asselineau, the right-wing leader of the Popular Republican Union, also wants France out of the E.U. and NATO, and has described himself as a “Euro-atheist” rather than a Euroskeptic. He’s unlikely to dent the National Front leader’s campaign, however, and may even make her stance on the E.U. look liberal by comparison–Le Pen says Asselineau’s plan to pull France out of the bloc is “brutal.” 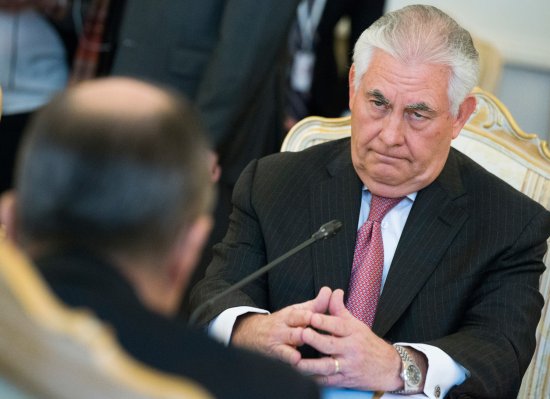 The Trump-Putin Reset Is Dead-but Don't Rule Out an Amicable Settlement
Next Up: Editor's Pick