Freida Pinto as Jas Mitra and Babou Ceesay as Marcus in Guerrilla.
SHOWTIME
By Daniel D'Addario

All our relationships take place within the context of politics, but we have the luxury of ignoring that most of the time. Not so for Jas (Freida Pinto) and Marcus (Babou Ceesay), fictional characters moving through very real history stateside viewers may not know much about. On Showtime’s new six-episode miniseries Guerrilla, the pair establish a cell dedicated to fighting the government in 1970s Britain, eventually moving from activism to violence. In a cruel irony, their mutual ardency forces them apart.

Guerrilla provides an illuminating look at how the Black Power movement manifested itself across the Atlantic and how restrictions on immigration made violent means seem necessary to its members. Like creator John Ridley’s other current series, American Crime on ABC, Guerrilla doesn’t condescend and moves briskly through its plot twists. The narrative feels perhaps less important than the richly textured world the show conjures up, filled with partisans to various causes and differing opinions about tactics. Idris Elba shows up in a supporting role as a community activist with a more incrementalist approach–the role, inherently less flashy than the show’s heroes, is a shrewd deployment of his star power.

But the story is Jas and Marcus’, and both Pinto (best known for her role in Slumdog Millionaire) and Ceesay brilliantly capture the intense passion of young radicals. It’s easy to see them as unlucky and forced into conflict. Their fight, along with endless flitting between safe houses, magnifies the marginal differences between them. But Guerrilla depicts how exhilarating it is to give one’s life to a cause. That may make them perfect characters to follow in a world in which politics seem suddenly ablaze.

Guerrilla airs on Showtime on Sundays at 9 p.m. E.T. 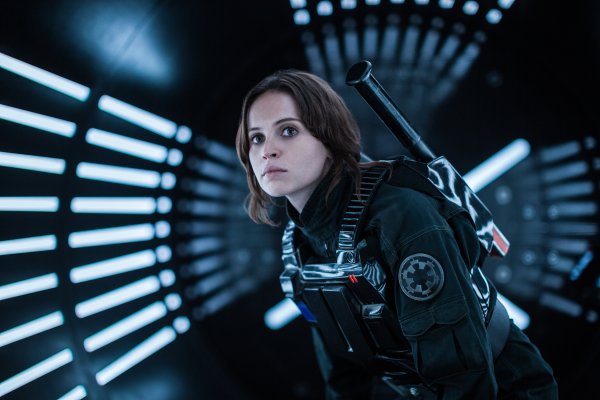 Star Wars Highlights Female Heroes in Forces of Destiny
Next Up: Editor's Pick