Universal Basic Income: A Utopian Idea Whose Time May Finally Have Arrived

Universal basic income: a 500-year-old idea with a new kick
By Matt Vella

Sometimes, all it really takes to change the course of history is a bit of dusting. That’s happened recently as economists and policymakers began seriously re-examining the 500-year-old concept of a basic-income guarantee. The most debated version, known as universal basic income (UBI), is simple enough: the government would pay every adult citizen a salary, regardless of wealth, employment income or if they worked at all. Doing so, theory goes, might solve a host of endemic economic problems, from poverty to chronic joblessness, that are only likely to worsen in the coming century.

The kernel of the idea can be found, perhaps fittingly, in Utopia, Thomas More‘s 1516 book. More articulated it through one of his main characters, Raphael Hythlodaeus. “No penalty on earth will stop people from stealing, if it is their only way of getting food,” says Hythlodaeus. “It would be far more to the point to provide everyone with some means of livelihood.” Over the centuries, some version or another of that conclusion found proponents in the likes of Thomas Paine, John Stuart Mill and Bertrand Russell.

More recently, the concept has often made odd bedfellows: Martin Luther King Jr. endorsed the idea, as did conservative economists Milton Friedman and Friedrich Hayek. Starting in the late 1960s, the Nixon Administration studied the idea and tried unsuccessfully to get a basic-income benefit through Congress. (According to Rutgers historian James Livingston, the two men who oversaw a fact-finding pilot then known as the New Jersey Graduated Work Incentive Experiment were named Dick Cheney and Donald Rumsfeld.) Today, thinkers on the left see the UBI as a way to combat poverty and inequality as well as a potential palliative to the disruptions to workers caused by technology. To the right, the idea is an attractively simple alternative to bloated social-welfare regimes.

Critics come from all sides too: they say the UBI is just a decoy to starve government assistance that boosts universal child care or free college tuition. Or it’s one more misguided program bound to result in eliminating work incentives, rendering large numbers of people dependent on the government. Most UBI skeptics, and some proponents, sooner or later come to the conclusion that the costs would be absurdly prohibitive in any case. One critic puts the figure in the U.S. at $3 trillion annually.

Still, the idea is increasingly being put into real-world trials. Early this year, Finland became the first European country to pay unemployed citizens an unconditional monthly sum. The two-year national pilot program, gives 2,000 unemployed Finns ages 25 to 58 a guaranteed €560 (around $590), money that would keep coming even if they find work. The country’s social-security agency says the test is intended to cut red tape, alleviate poverty and, especially, reduce unemployment. Its existing system can disincentivize taking work because even low earnings prompt a cut in benefits. The Finns aren’t alone: similar experiments are moving forward in Canada, the Netherlands and Italy. The Indian government appears to be mulling a small UBI as a strategy to cut the country’s most extreme poverty.

These tests are badly needed. Despite its age, the UBI has been studied only sparingly and inconclusively. Perhaps it should be no surprise then that putting it in beta has gained backers in Silicon Valley. Y Combinator, a startup incubator, is trying it with 100 families in Oakland, Calif., this year, paying each between $1,000 and $2,000 a month. Tech’s big thinkers, like Bill Gates and Elon Musk, have concluded a UBI is likely inevitable. They—like many in academia, finance and labor—see a great wave of job-destroying robots and artificial intelligence on the horizon.

Anxieties, like dreams, often tell us more about the shape of the present than the way things are likely to turn out in the future. That is almost certainly the case when it comes to job-razing technology—especially if the hyperbolic gloom that accompanied Ford‘s assembly line or the IBM mainframe are any precursor. Even so, the result has been a new push for concrete answers. And the difference between a solution and a thought experiment, even a beguiling and storied one, is going to be in the data. 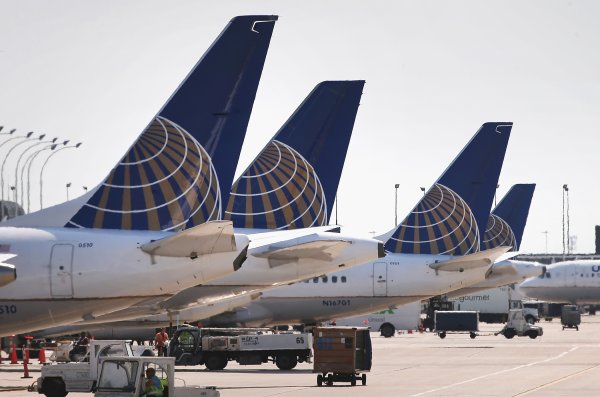