David Grann’s Killers of the Flower Moon Is Unsurprisingly Extraordinary

Nearly 100 years ago, the Osage tribe of Oklahoma were thought to be the wealthiest people per capita in the world, thanks to their oil-rich reservation, kindly sold back to them by the federal government that had snatched it away. The hundreds of millions of dollars that spewed from those wells funded lavish mansions, chauffeured cars and couture wardrobes for the Osage.

They’d have been richer still — perhaps not striving at a 20% poverty rate today — were it not for the parasitic Getty dynasty and others. Or for the fact that the Osage began to be systemically murdered, a crime David Grann examines in his unsurprisingly extraordinary new book, Killers of the Flower Moon.

What at first seemed to be coincidental killings came to fit a pattern of conspiracy. As the body count ticked higher and the few white men trying to help the tribe became victims, the crisis catalyzed the formation of the FBI. J. Edgar Hoover isn’t a hero here, though — he put enormous pressure on the fragile, politically explosive case, which he entrusted to a band of unorthodox but talented agents.

Grann has an eye for cinematic tales and the film rights to Flower Moon have already sold for an astronomical $5 million. But the end of Flower Moon leaves the reader with a sense of injustice not truly avenged, and it’s no fault of the author — it’s American history. 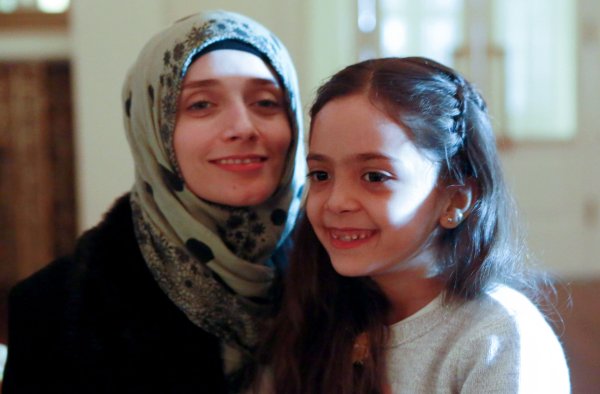 7-Year-Old Girl Known for Aleppo Tweets Gets Book Deal
Next Up: Editor's Pick