North Korea Says to Prepare for 'Big and Important' Event

A general view of a national meeting took place to celebrate the 5th anniversary of leader Kim Jong Un's assumption of the top posts of the party and the state, in this undated photo released by North Korea's Korean Central News Agency (KCNA) in Pyongyang April 12, 2017.
KCNA/Reuters
By Alana Abramson

Foreign journalists in North Korea were told to prepare for a “big and important” event Thursday.

No details were provided about the event, including whether it was related to the current political climate, Reuters reports.

Tensions have increased in the area over fears of another missile test. The country fired a ballistic missile into the Sea of Japan earlier this month.

On Saturday, the U.S. sent a Navy carrier strike group towards the Korean peninsula to demonstrate force.

Approximately 200 journalists are stationed in North Korea for the “Day of the Sun,” the 105th anniversary of the country’s founding President Kim Il-sung.

Calls for journalists to prepare for similar events have happened in the past, and have not resulted in anything major, according to Reuters. 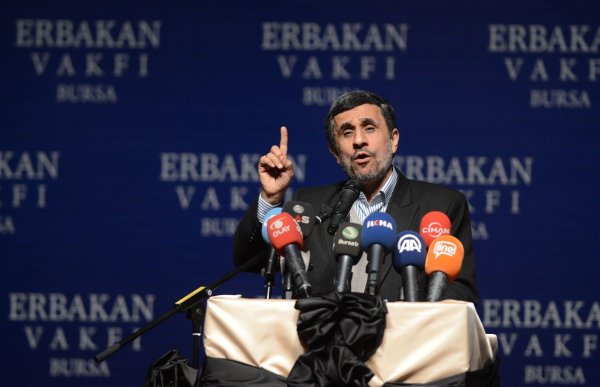 Ahmadinejad Shocks Iran With Bid for Presidency
Next Up: Editor's Pick