How to Wake Up To Your Creativity

Sleep is, as ancient maps once labeled uncharted territories, where the dragons be. To go to sleep is to enter a world entirely like our own and entirely unlike it, too. You can board a plane that’s really a car that flies to Russia, except it’s the moon and your mom is there—until she’s your dad. Dreams can be prosaic or repetitive (exactly how many times can you show up at the same party in your underwear before you remember to put something on?), but whatever they are, they remain mysterious. The sleeping brain runs its absurdist-movie loop all night long, always taking care to conceal what’s behind it. Right?

No longer. Neuroscientists have a growing arsenal of tools—fMRIs, PET scans, high-density EEGs—to watch the nocturnal brain at work and see how it ticks throughout the sleep cycle. To the surprise and delight of researchers, that’s finally helping explain one of the mind’s most ineffable qualities: creativity.

We’ve all slept on a problem and had it sort itself out by morning. But that’s only a small part of what the brain on nighttime autopilot can do. Paul McCartney famously said that he came up with the melody for “Yesterday” in a dream; Elias Howe, the inventor of the sewing machine, is said to have solved the problem of the machine’s needle when he dreamed of an attack by warriors carrying spears with holes in the tips. “Dreams are just thinking in a different biochemical state,” says Harvard University psychologist Deirdre Barrett, author of The Committee of Sleep. “In the sleep state, the brain thinks much more visually and intuitively.”

The hunt for the source of human creativity has been going on for as long as people have been creating. It drives all of us to wonder how celebrated inventors came up with ideas that became the next big thing. And it drives us to wonder how we’ll find our own next brainstorm when we need it. It’s no secret that sleep can be a well of good ideas—what we’re learning now is how to dip into it.

The act of sleeping, as researchers have long known, is a lot more complicated than just conking out for the night. There are two principal cycles of sleep: rapid eye movement (REM) and non–rapid eye movement (NREM), and they alternate. NREM sleep starts as a light doze— sleep at no greater than snorkeling depth—and steadily progresses to deeper levels at which muscles relax, heart rate and respiration slow, and body temperature drops.

REM sleep usually begins about 90 minutes after the start of the first NREM cycle and is the true blue ocean of sleep. Heart rate and respiration accelerate, and brain activity, as measured by electroencephalograms (EEGs), increases too—a function of dreaming. For this reason, muscles become paralyzed, lest you act out the scenes unspooling in your head. Know those dreams in which you’re trying to run away from something but can’t seem to move your legs? That’s not your imagination.

Most REM sleep comes in the last four hours of sleep, says cognitive neuroscientist Jessica Payne of Notre Dame University. “Dreams in the early, NREM phase can be kind of literal. It’s in the REM phase that you get all these crazy binding errors.”

“Binding errors” is one of those lovely scientific terms that mean pretty much what they sound like. Your waking brain is orderly, your sleeping brain is fragmented, and as with all broken things, the bits can get reassembled the wrong way. But “the wrong way” suggests that there’s just one way, and the genius of sleep is that it allows you to explore other, untried avenues.

In a frequently cited 2009 study, investigators at UCLA and the University of California, San Diego, recruited a group of volunteers and had them solve a type of word puzzle known as the remote-association test (RAT). In a typical RAT question, subjects are given three words and asked to determine a fourth word that links them all. The answer for the words “broken,” “clear” and “eye,” for example, would be “glass.” The volunteers had to take the test twice; between the two sessions, they were told to take a 40-minute nap. Some just rested in that interval, others dozed, and some tumbled into the depths of REM sleep. In Round 2 of the tests, participants who got a slug of REM improved 40%, while the other volunteers saw their scores go down. Sleep, it appeared, sharpened their brains’ ability to find links among words.

A 2004 study from the University of Lübeck in Germany approached the same idea in a more revealing way. Subjects were required to complete math problems that relied on algorithms, but hidden deep within the formulas was an elegant arithmetical shortcut. About 25% of the subjects discovered it on their own. But that figure jumped to 59% when volunteers were given a chance to get eight hours of sleep and then come back for more.

“If you have an idea about a simpler solution and it’s been working itself out in your head, you still tend to use the familiar one,” says cognitive neuroscientist Howard Nusbaum of the University of Chicago. When you sleep, the better answer has a chance to emerge.

The hard drive in your head

The key to the brain’s ability to make such good use of downtime is something it shares with your computer: the capacity to run multiple programs at once. The aha moment you experience when you’ve been trying to remember the name of a song and three hours later it hits you is no accident. “Conscious awareness is able to focus on only one thing at a time,” says Barrett, “but problems go on getting processed under the radar.”

Sleeping doubles down on this. The prefrontal cortex performs a traffic cop role, doing more than just keeping the brain focused on a conscious task. It also screens out thoughts that it decides you oughtn’t think of at all. The forbidden concepts aren’t just things that are socially inappropriate—though those are on the list—but also those deemed rationally inappropriate. In sleep, that brake on your imagination comes off, which explains the German math study.

At the same time, the prefrontal censor is dialing itself down, the brain’s visual centers, in the occipital lobe at the back of the head, are dialing up. The hallucinogenic quality of dreams is a result of the visual centers’ mixing images at will. That’s usually just chaff, but not always. One night in 1816, Mary Shelley dreamed of a man assembled from bits beyond the grave—and went on to write Frankenstein.

Just as important as which regions of the brain are working is how they communicate. We think of the left hemisphere as the rational, mathematical region and the right as the creative, more bohemian one, and that’s a fair division. But a study conducted by neuroscientist Lisa Aziz- Zadeh of the University of Southern California found that the brain is not quite so bifurcated.

When architecture students undergoing functional magnetic resonance imaging (fMRI) brain scans were asked to perform a visual-spatial task—arranging geometric shapes in their heads to see if they could be assembled into a square or a triangle— the right, artistic hemisphere carried the load. When they were given a slightly more creative task—arranging a circle, a C and an 8 in various ways to form a face—the right hemisphere called on the assistance of the left. “The specific regions that are active during the creative process largely depend on the kind of task the person is engaged in,” says Aziz-Zadeh.

Another study at the University of Rome found something similar. With the help of EEGs, investigators tracked communication between hemispheres when subjects were awake, in NREM sleep and in REM. In the waking and NREM states, information traveled mainly from left to right, consistent with the idea that the left brain controls the right. During REM sleep, however, there was no preferred direction. The right can thus come out of the shadows.

Synapses—the cell-to-cell links that serve as the bits of the brain’s operating system—play an important role too. Each brain cell can link to more than just one other, and it would seem that the more connections there are, the better, since that makes for a richer system. That’s indeed true, but only to a point. Too many connections can lead to chaotic free association rather than organized thought. So the brain must periodically clear out the synaptic underbrush—analogous to “running a repair-and-cleaning program on your computer to defrag the hard drive,” says psychologist William Killgore of Harvard Medical School.

The hormone cortisol rises during REM, then helps form new and imaginative ideas from the data that survives the defrag. Cortisol is a stress hormone and tends to fracture memory. It has the same effect when we’re asleep, and Payne believes this encourages the unbinding and rebinding of images that can define dreams. “The brain dislikes fragmentation, so it weaves narratives,” she says. “And that, in turn, gives rise to novel thinking.”

Dopamine is another ingredient in the brain’s secret creative sauce. Harvard psychologist Shelley Carson points out that dopamine levels rise in pleasure centers of the brain both when we’re dreaming and when we’re being creative. This serves as a reward and reinforcement that keeps the dreams—and ideas—flowing.

As with all other matters scientific, the question of causation comes up. Are we all equally imaginative in our sleep, or do people who are already creative in their waking hours retain that edge at night? Much as it would be nice to think that sleep is a great democratizer, the fact is, creative types may indeed have an advantage around the clock. Psychologist David Watson of the University of Notre Dame tracked 200 subjects over three months and found that those who scored high on creativity scales when they were awake tended to remember their dreams more.

“One reason is that they simply have more vivid and interesting dreams,” he says. “That’s linked to having an active fantasy life; the daytime behavior shades over into the night. This is a case of the rich getting richer.”

That’s not to say the creative middle class can’t aspire to join that metaphorical 1%. The best strategy for remembering dreams is keeping a journal next to your bed, says Watson. Avoiding alcohol and caffeine is also wise, since they scramble the NREM and REM cycles. Barrett’s studies suggest that engaging in some type of pre-bedtime priming—contemplating a problem you’d like to solve—increases the likelihood that sleep will bring some answers. Up to a third of the subjects in one of her sample groups reported that priming had helped them find a solution that had eluded them during the day.

None of this guarantees that a good night’s sleep is the panacea for what ails you creatively. But neither does it change the fact that the odds are in your favor. You have problems every day, and you go to bed every night. But even if you don’t think of yourself as creative, your sleeping brain will sometimes prove otherwise. 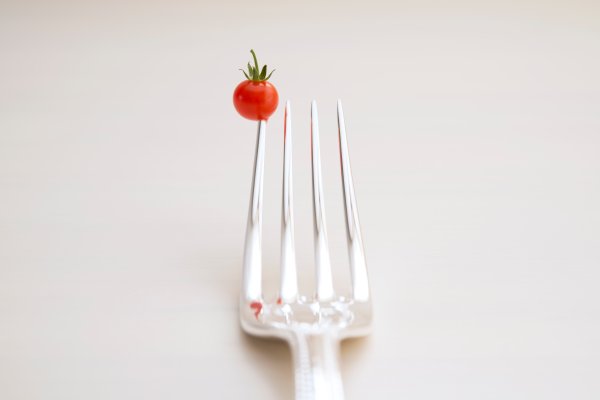 5 Ways Sleep Can Help You Get Slim
Next Up: Editor's Pick