President Donald Trump made an abrupt about-face on NATO, saying he no longer considers the alliance obsolete.

Speaking at a joint press conference with NATO Secretary General Jens Stoltenberg in Washington on Wednesday, Trump reiterated his belief that other NATO countries need to “pay what they owe” for defense spending. He had previous criticized the alliance as a whole, particularly during his campaign.

“I said it was obsolete,” he said. “It’s no longer obsolete”

During the wide-ranging press conference, Trump did not mince his words on Russia. “Right now, we’re not getting along with Russia at all. We may be at an all-time low in terms of relationship with Russia.

“I expressed the view that the current state of U.S.-Russia relations is at a low point. There is a low level of trust between the two countries,” Tillerson said. “The world’s two foremost nuclear powers cannot have this kind of relationship.”

Back in the States, Trump said at the NATO conference that it would be “fantastic” if the U.S. could get along with Russia but that right now it’s a “nasty world.” 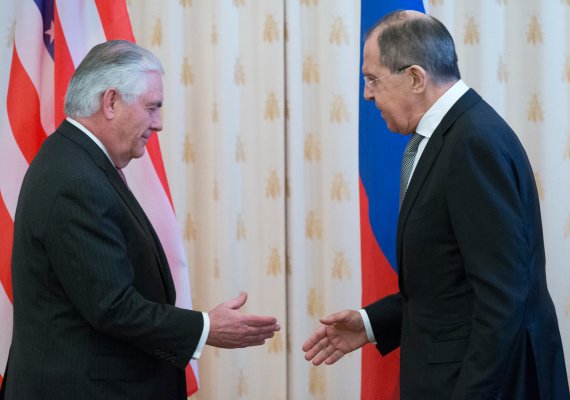