In the summer of 2014, I experienced, for the first time ever, cyberbullying in all its glory. I had some strangers saying some really ugly things about me. I tried to take myself out of it, and say, “I’m an adult and I can handle this.” To some extent this was true, but I wondered how cyberbullying affects girls in junior high, high school and college?

This experience led me to envision a female-focused social network where compliments would be the only currency. But then I was approached by my now-partner in the venture, Andrey Andreev. He asked me what my next move was, so I told him the vision. And he said, “Why not in dating? This negativity happens in dating too.” I was quite understandably not interested at first — I had already been in the dating app world for a couple of years, and I thought there was room for something new and something different.

Read More: We Need to Take Marriage Off Its Pedestal

But I gave it some thought and tried to see the holes that existed for myself and other women in the dating scene. I put myself back in my college shoes and saw what was broken about the system. I always hated the fact that if I made the first move when it came to relationships, I would be perceived as something that I was not. Society would label me. The men on the other end would label me. My friends would label me. And so on and so forth.

And that’s why I created Bumble, a female-focused dating app where women take the lead.

It’s been a really fascinating couple of years to say the least. What has brought me the most joy is seeing just how the app is affecting women. We have nearly 15 million users, and they’ve really come to understand that they can throw out the archaic playbook on dating and do what they want. For instance, a young girl came up to me a few weeks ago and told me that she grew up in a patriarchal family with traditional gender roles. She said, “I always thought that I liked it when a man chased after me. But when I really think about it, I didn’t really like that. I want to be able to go after what I want. I just never did because society told me not to.”

Read More: The Story Behind the Most Popular Lesbian Dating App

It’s a shame that some people are afraid of the word “feminist.” It means equality for men and women — that’s it. And that’s what Bumble is trying to do at its core: even the playing field for both women and men when it comes to romantic relationships. Because women are currently disadvantaged by archaic rules, Bumble gives women a leg up and takes the aggressive hunter expectation off the man to even things out a bit.

How a relationship starts will guide the tone and temperature for its entire duration. For instance, say you start dating a man and wait around three days for him to call or text you to make plans. How do you think that is going to affect the rest of your time together? He will always have control.

This even boils down to the small things. Who asks who out on the date? Who’s supposed to pay for dinner? Who chooses where you go? Both partners should be involved in these discussions. If we want to be treated as equals, don’t put yourself in a position where you set yourself up to not be equal.

Don’t change yourself for a partner

One of the biggest things I tell women is not to lose themselves in a relationship. If you’re willing to alter yourself to find somebody, it’ll never work. I see so many women — and so many of us are probably guilty of this in our past — who want a relationship so badly that they’ll sacrifice their own self worth, self respect and self confidence. They’ll hide what they actually love and pretend to be someone they’re not.

If you truly want to find a meaningful relationship, you’ve got to find yourself first and learn to be confident in your own skin. Don’t sacrifice anything about who you are to be with someone. That’s setting yourself up for failure.

Be alone for a bit

There’s nothing wrong with taking yourself out of the dating pool.

You don’t need to be in a relationship because that’s what society expects of you or because your grandmother thinks you need to be married by a certain date. Those days are over. Instead, take a step back and say, “I’m OK alone.”

People should be in relationships when it fits their lives best. Stop trying to force one when maybe you need to focus on the relationship you have with yourself, build your career or nurture your friendships.

I think there’s so much pressure that exists in the world around women and dating. We need to tune out the noise and forget the societal norms. You don’t have to follow what women before you have told you to do. It’s time for us to write our own rules.

Whitney Wolfe founded Bumble, a “female first” dating app, in 2014. She is also a co-founder of Tinder.

(As told to Samantha Cooney) 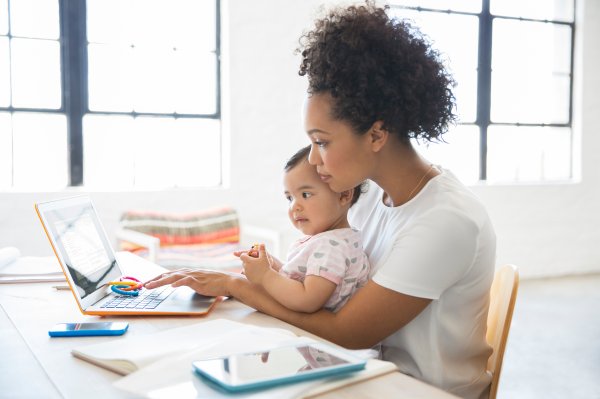 Let's Break the Vicious Cycle of Mom-Guilt
Next Up: Editor's Pick