Police Shut Down This Wild Rave on a Train: 'There's a Time and a Place.'

It was a party on public transportation Monday night when a DJ and MC took to a crowded London subway car to set up a “fully-fledged” rave, in the words of the police who arrived to shut down the fun.

An internet prank group called Trollstation, a DJ who styles himself as DiscoBoy, and a lauded MC by the name of Harry Shotta were behind the pop-up nightclub experience on the Bakerloo line. Flashing lights, drums and bass, and dancing revelers were all part of the scene as the train traveled from the downtown Embankment to Paddington stations, as documented in a YouTube video. It’s about a 15 minute ride. But, as it turns out, throwing a disco on the tube is not exactly legal, even if it was set up by a “light hearted” and “cooperative” group of troublemakers.

“Whilst officers relish any opportunity to experience underground drum and bass, we’d kindly ask DJs to refrain from using the Tube as a pop-up club,” a spokesman for the British Transport Police explained of the situation. “It may be the Easter Holiday, but there is a time and a place and we’d ask everyone to consider other passengers using the network.”

London’s tube is known as an orderly place for commuters. Looks like wannabe club kids will have to find an underground venue that doesn’t happen to move from station to station. 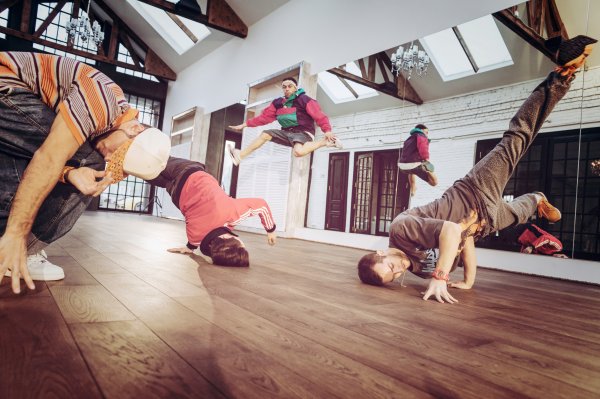 Breakdancing Grandma Proves Some Things Are Too Good to Stay in Vegas
Next Up: Editor's Pick