Secretary of State Rex Tillerson is meeting with Russian Foreign Minister Sergey Lavrov and other Russian officials in Moscow on Wednesday.

The group is expected to discuss Ukraine, counterterrorism efforts, bilateral relations, Syria and North Korea among other issues, according to the Associated Press.

The State Department said the trip is part of an “effort to maintain direct lines of communication with senior Russian officials and to ensure U.S. views are clearly conveyed.”

Tillerson and Lavrov are scheduled to give a joint statement at 11 a.m. Watch it in the stream above. 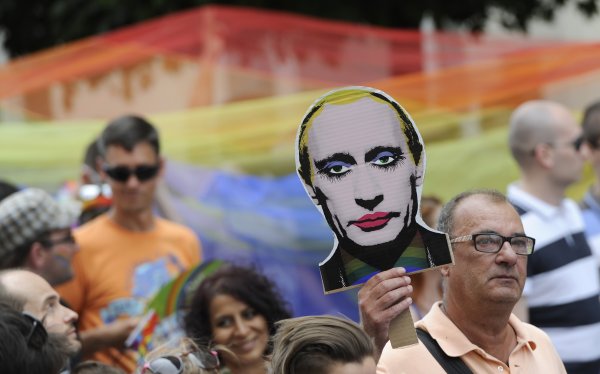 A Russian Court Ruled You Can’t Depict Vladimir Putin as a Gay Clown in Russia
Next Up: Editor's Pick