In a shock move Iran’s former President Mahmood Ahmadinejad has joined the multitude of conservative candidates challenging the current President Hassan Rouhani on his re-election bid in presidential elections due May 19.

No one had expected Ahmadinejad to run in the elections following a public admonishment by the Supreme Leader of the Republic, Ayatollah Seyed Ali Khameni, last year to him to refrain from doing so. But with characteristic unpredictability, Ahmadinejad registered as a candidate on Wednesday in a move that has left the Iranian political spectrum stunned — none more so than the conservative faction from which he first emerged to become President in 2005.

The conservatives, known here as the Principalist faction, an umbrella political group that loosely joins all the conservative political parties from center to hard-line, were already in disarray because of a surplus of candidates who were not showing any signs of backing out in favor of a single candidate.

Several of Rouhani’s conservative opponents have declared their intention to challenge him on his re-election bid. From Tehran Mayor Mohammad Bagher Qalibaf to the former prosecutor general, mid-ranking cleric Ebrahim Raeesi, to the former head nuclear negotiator Saeed Jalili and many more, all have thrown down the gauntlet to Rouhani.

That’s because Rouhani had been looking vulnerable, if not dead in the water. The moderate is seeking a second and final term as President, but despite the historic nuclear deal he engineered with the U.S. and five other major powers, he faces an uphill battle for re-election. The lackluster economy, high unemployment rates, weak growth and even weaker livelihoods of the general Iranian has soured his base of support. The reformist vote he relied upon in 2013 will not be enthusiastic to turn out in force again.

So, sensing an opportunity, every possible faction of the conservative movement put forward their own candidates. Until Ahmadinejad’s intervention, the most prominent had been former prosecutor general and mid-level cleric Ebrahim Raeesi, a 56-year-old considered a fresh face to most voters. A swiftly rising member of the elected Assembly of Experts tasked with choosing the Islamic Republic’s Supreme Leader, he does not carry the stains of the defamations and accusations attached to most conservative candidates in recent decades. However his membership in the judicial panel in charge of the trying and executing of antirevolution prisoners in 1988 as well as his limited experience in executive posts could prove to be an Achilles heel.

But with Ahmadinejad’s decision to run, the race has been upended. There is probably no single individual who polarizes Iranian society more than him. Some believe he is a true revolutionary intent on fulfilling the 1979 Islamic Revolution’s ideals of social justice for the poor; others believe his two term stint as President was the worst calamity to befall the country in decades if not more.

Having defied the Supreme Leader so publicly, the former President will most likely not be approved by the influential Guardians Council tasked with vetting candidates, according to politicians and analysts TIME spoke to. But they noted that Ahmadinejad still commands a considerable following among the grassroots supporters of the conservatives, and that his disqualification could cause considerable disenchantment among their loyal base.

Whether or not Ahmadinejad is disqualified his presence will also make any effort by the conservatives to get these many contenders to unite behind a single nominee even harder, especially as their pyramidal command structure has in recent years lost many of its influential figureheads due to the dying out of the old guard such as Ayatollah Mohammad Reza Mahdavi Kani, one of the founders of the first conservative political party in postrevolutionary Iran.

And the mere registration of Ahmadinejad might have served to solve Rouhani’s problem of apathy among the reformist base. One of the most effective tactics of reformists for convincing their supporters and sympathizers to vote has been to dwell on perceived threats posed by conservative candidates to their lifestyles and social freedoms should they win the elections.

And to many reformist-minded Iranians, no one presents a bigger threat than Ahmadinejad, the memory of the effect of his tenure on the Iranian economy and society still vivid in their minds. Already on social media, among the few mediums the reformists can freely use to express their voice, people are excitedly talking about voting again in May.

Rouhani became President with the lowest possible margin in 2013, but with Ahmadinejad’s help he just might get a landslide in 2017. 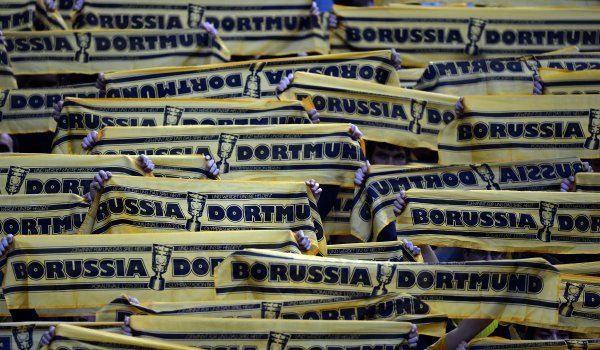