The good: Sharp screen; Compact design; Wide front facing camera; Good battery life
The bad: Easily picks up fingerprint smudges, Power button and fingerprint sensor placement can feel awkward; Lacks other new features that differentiate it from other new smartphones
Who should buy: Android loyalists who want more screen space in a smaller device will be happy with the G6. But it may be worth waiting to check out the Samsung Galaxy S8.

With Samsung on the proverbial ropes following its Galaxy Note 7 fiasco, rival Android smartphone makers like HTC and LG had a rare opportunity to leapfrog the perennial market leader. The former’s effort, the HTC U Ultra, largely failed in that regard. Now it’s LG’s turn to try.

LG’s new G6 Android phone is radically different from last year’s G5, which was designed around a customizable “modular” concept that never caught on with consumers. This time, LG is pinning its hopes on a design that dramatically reduces the “bezels” alongside the edge of the display, allowing for a bigger screen without increasing the size of the phone itself.

But is the G6 enough to go toe-to-toe with Samsung’s upcoming Galaxy S8, which features a similar design? Here’s what it’s like to use the LG G6, which costs between $650 and $720 depending on your wireless carrier and plan.

By far the standout feature on the LG G6 is the sharp and all-consuming screen. Colors and text looked crisp whether I was scrolling through Facebook, watching Netflix, or reading news articles. The quality looked similar to that of Apple’s iPhone 7 Plus and Google’s Pixel XL. But thanks to its nearly bezel-free design — the latest trend among handset makers — the G6 has a slightly taller screen in a similarly-sized body. (LG put a 5.7-inch screen on a 5.86 by 2.83-inch phone, while the Google Pixel XL measures 6.09 by 2.98 inches and has a 5.5-inch screen. The iPhone 7 Plus similarly has a 5.5-inch display with dimensions of 6.23 by 3.07 inches). That means users get the benefit of a bigger display while the phone stays pocketable and one-handable.

LG has designed some of its apps to take advantage of the G6’s extra screen space. Square Camera, for instance, uses half the display to show you a preview of an image after it’s captured. And like older LG phones, the G6 can run multiple apps on screen simultaneously. Unfortunately, there’s little else that makes the longer screen more useful beyond watching video and the like.

Smartphone shutterbugs won’t find much to fawn over with the G6. The phone’s 13-megapixel cameras (one wide angle, one standard) will get the job done, but the results aren’t breathtakingly impressive. During a side-by-side test with the iPhone 7 Plus and Google Pixel XL, the G6 produced colors that were just as vibrant as its competitors, but the autofocus wasn’t as capable. But frequent selfie-takers might be happy to know that the G6’s front-facing camera captured more background than the other devices.

Some reviewers have knocked LG for putting an older Qualcomm processor in the G6, which could be a handicap against rival devices with the latest-and-greatest hardware. But in practice, the G6 felt plenty fast when opening apps, launching the camera, processing photo edits and so on.

Although the G6 is different from last year’s LG G5 in nearly every way, there’s at least one characteristic they share: a rear-mounted power button and fingerprint sensor. LG has been placing the power button on the back of its phones for years, but it still feels awkward if you’re not used to it. The back of the G6 is also covered in glass rather than metal this time, giving it a classier look but making it prone to fingerprint smudges.

Like Google’s Pixel phones and HTC’s U Ultra, the G6 also ships with Google Assistant, the search giant’s new digital aide. The Assistant is designed to get to know your habits and behaviors over time, but I found it to be more capable than Apple’s Siri software right out of the box. When I asked the Assistant how to make red sangria, then followed up with “how about white?,” it pulled up the right recipes. After asking Siri the same question, it thought I wanted info about a friend with the last name White.

Bigger phones typically mean better battery life, and indeed, I was able to get through a full day with the G6 without having to plug it in — but barely. Rival phones, like the Pixel XL and iPhone 7 Plus, can comfortably last for nearly a day and a half. That said, the G6 has fast-charging tech that lets the battery jump from 10% to 50% in about a half-hour, making overall battery life less of an issue.

All told, LG’s G6 is an improvement over the G5 and a solid choice for Android fans who want a bigger screen without a phone that’s physically larger. But display aside, there’s little that differentiates it from rival Android flagships out there. Android users in need of an upgrade, then, may want to wait just a little bit longer until Samsung’s Galaxy S8 is available before pulling the trigger. 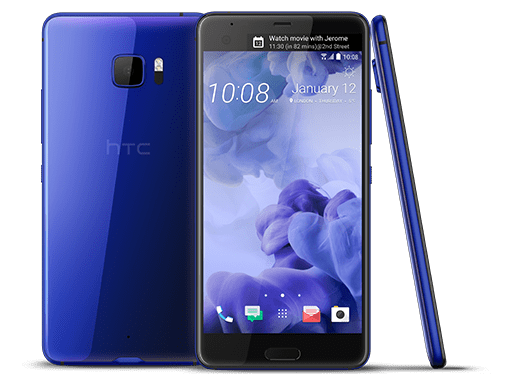 Review: HTC's New Android Phone Struggles to Keep Up With Apple and Google
Next Up: Editor's Pick