Stunning Aerials Show Toll of Climate Change in the Arctic

The impact of rising temperatures on the Arctic is unprecedented, with researchers recently ringing the alarm with a historic statistic: this year’s maximum sea ice coverage (reached on March 7) was a half-million square miles lower than average for that point in recent decades, according to the National Snow and Ice Data Center.

Getty Images photographer Mario Tama recently shadowed NASA researchers on an exploration into climate change’s toll in the region and a bid to learn more about Greenland’s glaciers. “The landscapes that we were witnessing and photographing, I’ve never seen anything like it in my life,” he told TIME. “It was like another planet.” 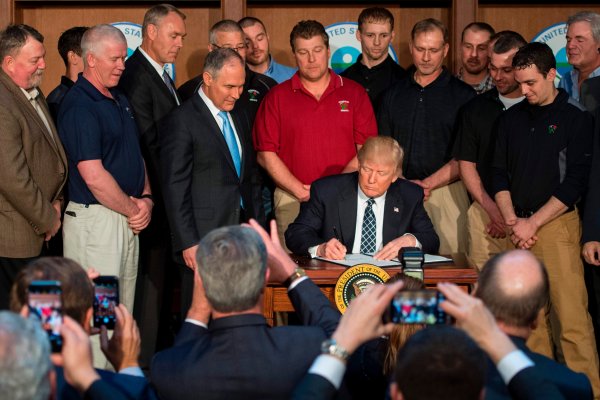 The Strange Irony Behind New Support for the Paris Agreement on Climate Change
Next Up: Editor's Pick