Congress’ two-week Easter recess has begun, so many lawmakers are back in their home districts.

They’ll have a busy week when they return on April 24, with just four days to decide what to include in a so-called continuing resolution due later that week— a must-pass bill to prevent a government shutdown. There will be more talk about repealing Obamacare, and debate over President Trump’s strikes in Syria.

The recess is a rare opportunity for voters to ask their representatives direct questions about their views and legislative agenda. Though some members of Congress are avoiding town halls with constituents, many are holding meetings in their districts.

Here a couple of questions you can ask your local lawmaker, whether they are a Democrat or a Republican.

Do you believe President Trump needs to seek authorization from Congress the next time he wants to strike Syria? Would you vote to authorize military force against Syria?

Congress is responsible for declaring war, according to most readings of the Constitution, but the last time that happened was World War II under President Franklin Roosevelt. Since then, Congress has authorized military engagements like the ones in Vietnam, Afghanistan and Iraq.

Congress did not authorize President Trump’s strike ordered against the Syrian government last week, however, and many members of Congress are calling for greater input for future military actions. Led by senators like Democrat Tim Kaine and Republican Rand Paul, some are calling for a new Authorization for Use of Military Force, a formal congressional approval of military action in Syria. A vote, however, would put lawmakers in a tough spot and require them to either support or oppose broadening U.S. involvement in the Middle East in the midst of a humanitarian crisis there.

Would you support an Obamacare repeal bill that allows states to opt out of requiring insurers from providing “Essential Health Benefits?”

After Republicans failed to repeal Obamacare in March, many members of the conservative Freedom Caucus said the bill collapsed because it kept in place the so-called “Essential Health Benefits,” regulations set out by the law that required insurers to provide certain services. Those benefits included covering prescription drugs, mental health services hospitalization and maternity and newborn care.

Conservatives said the regulations drove up the price of insurance; others said it ensured a base level of decent-quality coverage. Republicans in Congress are now considering a measure that would allow individual states to exempt insurers from the Essential Health Benefits requirement.

Would you vote for an Obamacare repeal bill that allows states to opt-out of community rating?

Perhaps one of Obamacare’s most important measures was a rule called “community rating” that prohibited health insurance companies from charging higher prices to sick people. Instead, insurance premiums are determined primarily by age, meaning that sick people are better able to avoid health insurance. Community rating goes to the core of Obamacare: that insurers cannot discriminate against those with preexisting conditions.

Conservatives argue that because community rating raises the cost of insurance for everyone, states should be allowed to opt out and put their sick in a “high-risk pool,” coverage provided by a lump state fund. Many moderate Republicans and nearly all Democrats argue that this would hurt people with preexisting conditions and gut a key Obamacare provision.

How much, if anything, should Congress be willing to budget for the border wall?

It was Trump’s big campaign promise: he was going to build a wall on the Mexican border, and Mexico would pay for it.

Now, Congress is discussing how the United States should pay for the wall — if there is a wall at all. At first there was talk about including border wall funding in the spending bill due April 28, but Republicans are backing away from that proposal since Democrats promised to sink the spending bill if it included that.

The wall divides Republicans: many in the House want to see it built, but senators tend to be more skeptical, with those like Texas Sen. John Cornyn opposed to it because of eminent domain issues that would arise from building on landowners’ property. If the wall does get funding, the question to ask would be when, and how.

Do you want to see Planned Parenthood defunded as part of the continuing resolution due on April 28? 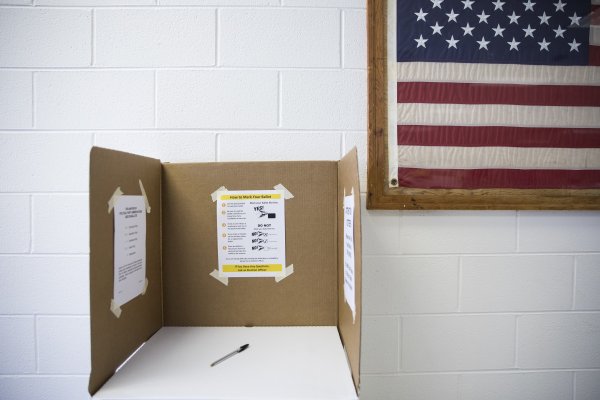