A new pool is not for the faint of heart.

This residence tower in downtown Houston comes equipped with a rare extra perk for the brave at heart: a glass-bottomed pool located precipitously on its 42nd floor. Daredevils and residents of the new Market Square Tower who don’t suffer from vertigo can take a dip in the water feature, which has a glass platform that extends 10 feet out from the main pool enclosure, allowing it to look (and feel) like you’re literally walking on air above the street 500 feet below. Trippy. (It’s also Texas’s highest pool.)

A video of someone walking through the pool and out onto the glass observation deck has gone viral, with plenty of viewers having very strong reactions to the dramatic footage. While some are adding the pool (which is accessible to residents only) to their bucket lists, others are adamantly opposed to its engineering. Apparently the “glass” bottom is composed of eight-inch-thick plexiglass, in case that helps rationalize away the fear.

This isn’t the first time the pool has become the focus of attention this year for thrill seekers. In February, a group of YouTubers managed to make their way into the Tower (and up to the pool) by pretending they were residents, filming themselves enjoying a vertiginous night swim. The Tower did not take kindly to the trespassers, however, and intended to press charges. 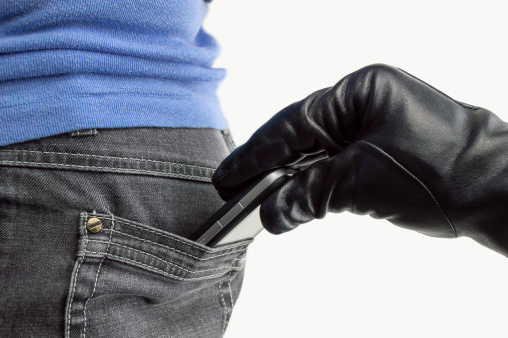 Watch a Cell Phone Thief Run Right Into a Police Station in Ill-Advised Escape Plan
Next Up: Editor's Pick