A Row With China Over U.S. Missiles Is Devastating South Korea's Tourism Industry

The food, soap operas and bouncy K-pop tunes that comprise the so-called Hallyu or Korean Wave are a global phenomenon, but no country has embraced South Korean soft power as enthusiastically as China.

The communist government in Beijing had to issue a warning last year on Korean dramas after Chinese viewers became obsessed with a KBS (Korean Broadcasting System) saga, Descendants of the Sun. One woman reportedly went to hospital complaining of poor vision after an 18-episode binge and was diagnosed with acute glaucoma. The show also led to at least one divorce and inspired a viewer to undergo plastic surgery in order to better resemble the male lead and be more attractive to his wife.

Chinese viewers unwilling or unable to resort to such a drastic measure to achieve the right look are snapping up Korean brands of make-up instead. The China market accounted for 36% of all Korean cosmetic sales in 2016. And with faces painted in the latest Hallyu style, consumers can show off over a red-bean shaved ice in a Korean cafe chain.

Chinese interest in South Korean culture has naturally prompted a tourism boom. Since 2013, nearly half of all tourists to South Korea have been from China. From Seoul’s central Myeongdong neighborhood to the scenic southern resort island of Jeju, Chinese tour groups are ubiquitous.

Or rather, they have been. On March 2, Beijing announced it would ban all group travel to South Korea as part of its response to South Korea’s decision to deploy the U.S. Terminal High Altitude Area Defense (THAAD) missile system. To Seoul, THAAD is a necessary deterrent to an increasingly unstable and belligerent North Korea. To Beijing, the deployment of THAAD puts the system’s highly sophisticated radar in uncomfortable proximity to Chinese soil and must be stopped.

Chinese consumers are supportive of their government. When the 11,000-ton Costa Serena cruise ship recently docked at Jeju, all 3,400 Chinese passengers aboard refused to disembark. For South Korean businesses, dependent on the billions pumped into the economy by the Chinese every year, the outlook is alarming.

Retail corporation Lotte Group, the eighth largest company in South Korea, is a particular target of Chinese wrath on account of its agreement to a land-swap deal that would see land owned by Lotte made available to the U.S. for THAAD deployment.

At least 79 of Lotte’s 99 supermarkets in China have been closed or are closing as a result of the row. Major online marketplaces like Alibaba’s Tmall have voluntarily pulled Lotte products. Pulse, the online English-language edition of South Korea’s leading financial daily Maeil Business Newspaper, reported that Lotte would lose an estimated $66 million in March from the shuttering of its supermarkets alone.

“We have completely scrubbed the name of Lotte from our website. We‘d rather die than carry its goods in future,” the chief executive of China’s largest cosmetics group-purchasing platform Jumei Youpin, recently wrote.

Back in Korea, Lotte and other retail companies are also fretting about their enormous duty-free revenues. Largely thanks to the Chinese, South Korea’s $10.4 billion duty-free sector is the largest in the world. Chinese travelers have been responsible for 70% of all sales at Lotte Duty Free and up to 80% at Shinsegae Duty Free, the Korea Herald reported on March 5.

However, Lotte Duty Free told Yonhap News on March 28 that it saw a 40% dive in its sales from March 20 to 26 compared with the same period last year; its March 2017 revenue is set to be 30% lower than it was in March 2016. Shilla, another leading duty-free brand, saw sales during a similar period drop by 30%.

Martin Moodie, the founder and chairman of the Moodie Davitt Report, a leading travel-retail-industry intelligence source, says that the travel ban represents “a nightmare scenario for the world’s biggest duty-free market.”

Where Have All the Tourists Gone?

With the sudden evaporation of so many visitors, other sectors of South Korean tourism are currently reeling. Moodie describes South Korea’s reliance on the Chinese market as “heavy” and warns of “dangerous exposure in the case of a downturn.”

An employee at K-guesthouse Myeongdong 1, who spoke on condition of anonymity, said only three or four of the 17 rooms in the guesthouse were occupied. Last year, the hostelry was almost always full. Now, “it’s not so good.”

Finding new guests will require the development of other markets, and sudden attention is being given to increasingly affluent Southeast Asian tourists. An ambitious Korea Tourism Organization says it wants to attract 3.6 million travelers from that region this year.

The government has said it will push airlines to increase flights from Southeast and South Asia. Tour groups from will be able to obtain electronic visas starting in May. Visa-free entry will become possible for shorter stays in Jeju or Seoul. More restaurants will also be encouraged to obtain halal certification, which could help sway the decision for tourists from the likes of Indonesia, Malaysia and Pakistan.

Efforts to cultivate new markets “will take years to bear significant fruit,” Moodie says. In the meantime, South Korea is hurting and as usual smaller players are suffering the most.

“The big players can rely on their corporate resources,” says Lawrence Bendle, a tourism-management professor at Kyung Hee University in Seoul. But, he says, small businesses will suffer or shut down. “Jobs are being lost.” 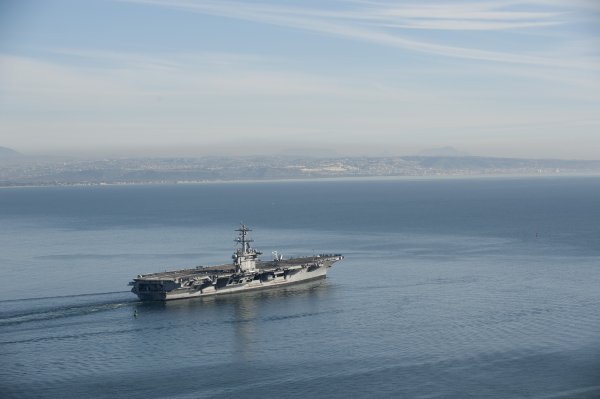