The Federal Communications Commission (FCC) wants to move away from allowing passengers to make calls mid-air.

On Monday, FCC Chairman Ajit Pai announced on Twitter that he has proposed a ban on in-flight calls. “I stand with airline pilots, flight attendants, and America’s flying public against the FCC’s ill-advised 2013 plan to allow people to make cellphone calls on planes,” Pai said in a statement. “I do not believe that moving forward with this plan is in the public interest.”

Pai added, “Taking it off the table permanently will be a victory for Americans across the country who, like me, value a moment of quiet at 30,000 feet.”

Former FCC Chair Tom Wheelan said the update was needed for the “benefit of consumers and to reflect accurately changing technical realities” in 2013. But according to the New York Times, a lot of travelers were less than enthusiastic about the potential change. “I already hate my fellow passengers — this would only make it worse,” a reader wrote to the Times’ Nick Bilton in 2013. An Associated Press poll also found that travelers were largely opposed to the idea of in-flight calls, especially frequent fliers. 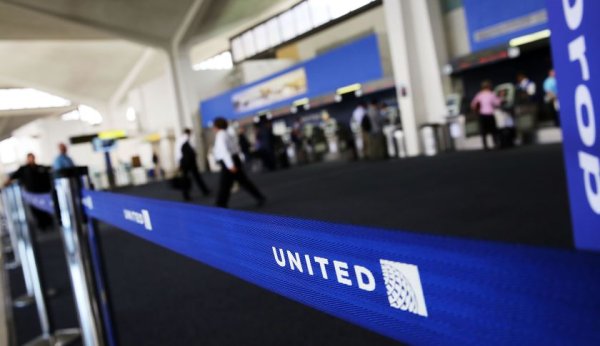 Officer Put on Leave After United Incident
Next Up: Editor's Pick