An influential health task force convened by the government now says that the benefits of getting screened for prostate cancer may slightly outweigh the risks. For that reason, the U.S Preventive Services Task Force (USPSTF) is advising men to discuss with their doctors whether screening makes sense for them, rather than skipping the test as they’d previously recommended for most men.

The new recommendation is a reversal from the one they issued in 2012, when the USPSTF advised most men not to get screened for prostate cancer using an inexpensive blood test, called a prostate specific antigen (PSA) test. Based on the evidence they had available at that time, they concluded that the risks of screening—which include false positive results, overtreatment of slow-growing cancers and side effects from those treatments—outweighed the small benefits. But with more data on the subject, the task force now leans toward the benefits of screening.

It’s particularly challenging to know whether a man should be screened and even treated for prostate cancer. When it appears in middle-aged men, it frequently develops so slowly that it’s rarely the cause of death, so treating it with invasive and toxic therapies like surgery, chemotherapy and radiation often exposes men to more side effects and harms without protecting them from dying from that cancer.

“We had evidence in 2012 that suggested to us the benefits of screening did not outweigh the harms,” says Dr. Kirsten Bibbins-Domingo, chair of the USPSTF and professor of medicine at University of California San Francisco. “That’s why we recommended against screening. With this update we have new evidence and our assessment of the balance shifted to now say there is likely a small net benefit to screening.”

The task force analyzed new data from two large studies of prostate cancer screening, one based in Europe and the other in the U.S. The European study, with more than a decade of follow-up, found that men who received blood test screening every two to four years with the PSA test lowered their risk of dying from prostate cancer during the study by an average of 20%. Even more encouraging, the men who were screened had a 30% lower chance of developing metastatic prostate cancer if they did develop the disease. “These results give us confidence that we really have the full picture of the potential benefits of screening,” says Bibbins-Domingo.

In the U.S. study, researchers compared outcomes for men who were screened and decided not to immediately treat their cancer, a practice called active surveillance. Instead of subjecting themselves to the potential harms of biopsies and treatment, they instead worked with their doctors to receive more regular checkups and monitoring of their cancer and only started treatment if the tumors developed. Men who chose to do this did not die sooner than men who received immediate treatment, the study found. That’s good news, because in the U.S., more men are opting for active surveillance. Even if they were to get regular PSA screening, they wouldn’t necessarily be exposed to as many harms from treatment.

“The harms of prostate cancer screening are very important, but now we have strategies to help mitigate them,” says Bibbins-Domingo. “That allows us to say that there is likely overall a small net benefit to screening.”

The revised advice isn’t a wholesale endorsement of PSA screening for all men. The task force continues to stress that the decision to screen or not is an individual one, and one that each man should discuss with his doctor. “The most important thing is for doctors and patients together to have a conversation,” says Bibbins-Domingo, “so that men can make the best decision for themselves.” 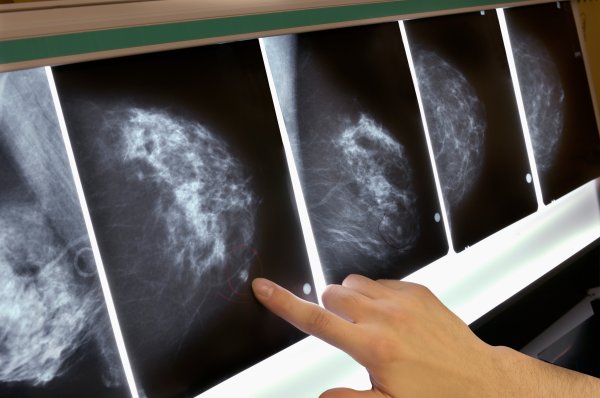 Most Doctors' Breast Cancer Advice May Be Out of Date
Next Up: Editor's Pick