On Super Bowl Sunday, Pop superstar Bruno Mars will be on stage in front of an audience likely to top 100 million. But he won’t make a dime for his performance.

The singer-songwriter, famous for hits like “Grenade” and “Locked Out of Heaven,” won’t receive any payment from the NFL for his 12-minute halftime show, which will also feature the Red Hot Chili Peppers. Though the league has attracted acts as varied as Beyonce, Paul McCartney and Michael Jackson to perform during its biggest game in the past, it has never paid any of them.

“We’re putting someone up there for 12 and a half minutes in front of the largest audience that any television program garners in the United States,” NFL Director of Programming Lawrence Randall, told TIME last year. “It’s a pretty good deal. It’s the famous win-win for both parties.”

Indeed, the Super Bowl is often the biggest stage any artist gets to play. Beyonce’s performance last year, which featured a surprise reunion of her group Destiny’s Child, pulled in about 104 million viewers and was one of the most-watched moments of the entire game. Madonna attracted 112.5 million viewers the year before with a wide-ranging medley that included guest spots by Cee Lo Green, M.I.A. and LMFAO.

The huge exposure regularly leads to a big sales boost for artists. Album sales for Beyonce and Destiny’s Child jumped 40 percent the week after last year’s Super Bowl. The bump has been even more pronounced for older bands like the Who, whose Greatest Hits album more than doubled in sales after their halftime show in 2010.

It will be interesting to measure the impact of Mars’ performance. He’s a more contemporary choice than many past acts, and some have questioned whether he has the broad appeal necessary for the Super Bowl stage. But Mars has already racked up five chart-topping singles on the Billboard Hot 100 and sold more than 10 million albums in his four-year solo career.

[MORE: A Look Back At The Sexiest Super Bowl Commercials] 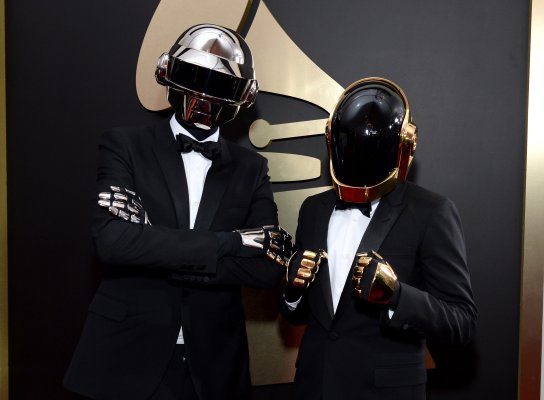 These Are the Artists Getting Huge Sales Boosts From the Grammys
Next Up: Editor's Pick