The White House will host a Passover seder Monday evening, continuing a tradition started under President Obama in 2009.

A White House official told TIME that details for the seder haven’t been nailed down yet.

“Our tradition is still taking shape but this year it will be an opportunity for observant White House staff that can’t be with their families to celebrate the holiday among friends,” an official said via email.

In Jewish tradition, the Passover seder is a ritual and ceremonial dinner marking the emancipation of the Jewish people. The seder begins at sundown.

The White House official did not confirm if the First Family will attend this year’s seder. Ivanka Trump and her husband, Jared Kushner, both of whom work in the White House, practice Orthodox Judaism.

Obama’s seder tradition began on the campaign trail when a group of junior staffers hosted a makeshift dinner in the basement of a Pennsylvania hotel when they could not make it home for Passover. Obama, then a candidate, surprised the staff and joined them. The Obamas continued the tradition in the White House.

With reporting by Zeke Miller 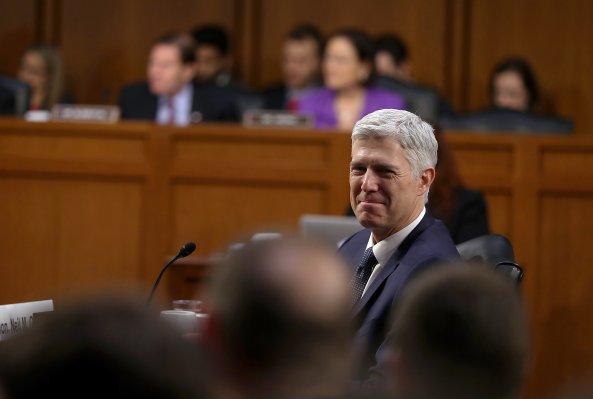 Watch Live: Neil Gorsuch Gets Sworn In As Supreme Court Justice
Next Up: Editor's Pick