The Decision to Send a U.S. Navy Fleet Toward the Korean Peninsula Has Made Seoul Nervous

A U.S. naval fleet moving toward the Korean peninsula has alarmed South Korean politicians, who warn Washington against any unilateral action targeting Pyongyang.

The Carl Vinson strike group, which includes the supercarrier it is named after, was dispatched Saturday from Singapore toward Korean waters, a move viewed by many as a show of force by the administration of President Donald Trump in the face of an increasingly provocative North Korea.

The Korea Times reports that politicians across party lines in the South Korean capital Seoul, including the country’s presidential front-runner Moon Jae-in, are alarmed by the new naval presence, which comes one day after Trump ordered a missile strike on an airbase in Syria without first seeking congressional approval.

Korean leaders worry that Trump may be more inclined than his predecessor to use military might against North Korea, which has conducted several missile tests in recent months and is believed to be nearing nuclear capability.

“South Korea should be the owner of North Korean issues and take the lead in dealing with them rather than letting … countries such as the U.S. and China manage them,” Moon told reporters on Saturday, according to the Korea Times.

If he clinches the presidency in South Korea’s national election next month, Moon, a member of the Democratic Party of Korea, is expected to pursue a strategy of engagement with Pyongyang.

Trump met last week with Chinese President Xi Jinping at the U.S. leader’s Mar-a-Lago estate in Florida, where the threat of a nuclear-armed North Korea was high on the agenda. Reuters reports that the two leaders “agreed” to step up efforts to curb Pyongyang’s nuclear program, though it is unclear what steps will follow. 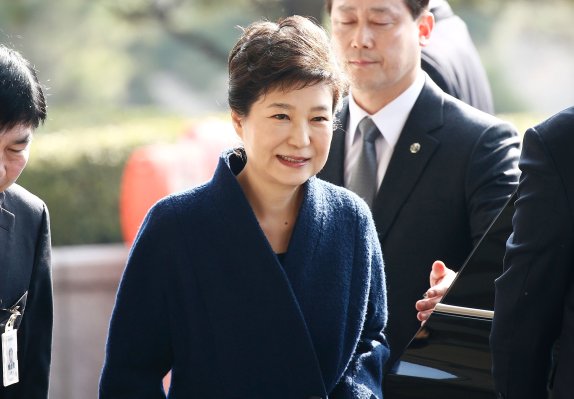