Gunman in Florida Gym Shooting Known As Skilled Personal Trainer: 'He Did Not Seem Unusual'

The man who allegedly killed two people when he opened fire at an upscale gym in Coral Gables, Fla. over the weekend was fired from the fitness center for workplace violence just before the shooting, police said.

The Miami-Dade County Police Department said Abeku Wilson was fired from his position as a personal trainer at the Equinox gym at the Merrick Park shopping center on Saturday — hours before he returned to the gym with a loaded handgun. He fatally shot the gym’s general manager and another Equinox employee before turning the gun on himself, police said.

The Coral Gables Equinox released a statement to gym members Sunday, calling the incident a “terrible tragedy” and identified the victims as Janine Ackerman and Marios Hortis.

Ackerman, 35, was the gym’s general manager and was described as “a kind and caring soul, a person we all loved and will deeply miss,” according to the gym’s statement. Hortis, 42, had a “generous spirit and warm demeanor.”

“Our love, prayers and condolences are with both families during this terrible time,” Equinox executives said in the statement. “The collective Equinox community will always keep Janine and Marios in our hearts.”

Gym members who knew Wilson said he showed no warning signs and described him as friendly, positive and reserved, the Miami Herald reported. Wilson had an active Instagram page where he frequently posted about practicing martial arts and competitive body building.

Just before the shooting took place, Eveliny Bastos-Klein had a training session with Wilson. “He did not seem unusual,” she told the Herald. “Not distracted. I didn’t notice anything amiss.” 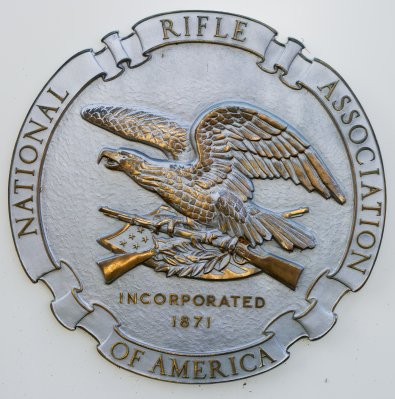 An NRA Employee Accidentally Shot Himself at the Organization's Headquarters
Next Up: Editor's Pick