At some point in May, Minecraft will experience a kind of coda to Microsoft and Mojang’s grand synchronization of the original Java version and its newer, future-proofed Windows 10 and smartphone/tablet ones. It’s called the Discovery Update, and it will add the last few absent components — llamas, shulkers, spooky woodland mansions, ill-natured villagers and spectral vexes — to a game that has perhaps received more post-purchase content, gratis, than any other.

And then it will go a step further, adding features the Java version will never see. Like a new, curated, in-app marketplace for handpicked creators to offer things like skin packs, retextured overlays and entire worlds. Those creators, dubbed “Pioneer Partners” and limited to just nine at the outset, will be allowed to sell their wares alongside Microsoft and Mojang’s own. To buy them, players (with Xbox Live Silver or Gold accounts) will have to spend a new in-game currency dubbed “Minecraft Coins,” reserved in exchange for real world money ($1.99 for 300, $4.99 for 840 or $9.99 for 1,720) and intended to be the de facto means of buying all things Minecraft going forward.

“We have nine creators today, but we’ll be growing that number at a measured pace,” John Thornton, Executive Producer of Minecraft Realms, says when asked how fast Microsoft hopes to scale things up. “We want to have high quality content, we want to be able to support each creator building what they want to build. To do that we need to pace ourselves and grow our team at the same time that we’re growing the marketplace. Every creator needs somebody to talk to, like an account rep, somebody to review content, so there’s a bunch of mechanics.” The plan right now, he says, is to add partners at a pace of roughly two to five a month.

One of those launch partners, an outfit calling itself Blockworks, is known for seemingly impossible feats. Like creating a scientific facility staged in a martian landscape composed of some 2 million blocks. The twist? It took five builders just two days to pull off. Or an ancient civilization at the bottom of the ocean composed of 33 million blocks that took 15 builders less than a month to complete. “Until now, all of our content’s been pretty much exclusively on Java,” says James Delaney, Blockworks’ founding and managing director. “So this is a chance to connect with all the other Minecraft platforms excluding Java and console. That’s a been a community that’s struggled to access quality content up to now.”

Each creator can only furnish so much content per month, explains Thornton, which makes for a natural bottleneck that should keep the curation process expedient. The content can also now be folded into Minecraft‘s worlds without requiring a full game update. The store itself will have its own approval guidelines, and includes a conventional 30% sales cut back to the app platform, after which the company says it will “seek to give the majority of the remainder to the creator.” What sort of content will Microsoft approve? “Our goal is to make content that’s appropriate for our audience,” says Thornton. “We’re not necessarily critiquing the art style or choice of gameplay. That’s up to the creator. But what we will do is make sure it fits with our brand and within the marketplace itself.”

Could the store wind up catering to mass market brands? Is this what went around circa Mojang’s banning of advertising agencies and corporations using Minecraft as a promotional tool last year finally coming around, only with Microsoft at the wheel? Never say never, but Thornton stresses that the company’s plan at this point is to foster a community-driven marketplace. “The goal isn’t to call up Coca-Cola tomorrow and say ‘Come in and party with us’,” he says. “We want our community to come into the marketplace. That’s really our focus.”

And if you’re an original Java version player feeling threatened by any of this, don’t be, says Thornton. “We’re not changing the existing community at all. If you want to still make content for free, and feel the best way to get known is to go out there and just make stuff, that’s still encouraged,” he says. “We’re not changing anything there. Players and creators are still welcome to make free content and put it on social media sites to try to make a name for themselves.”

Regardless, some of this is surely down to a company that paid $2.5 billion for the industry’s all-time second bestselling game a few years ago forging new, fire-walled profit channels for an experience that has to date flourished off unfettered user mods. But curation also entails safeguarding, and to that end, Microsoft says this is partly about creating a place for players to find content dependably free of viruses or malware. It’s also working on a way to enable a buy-once, play-anywhere framework through its Xbox Live service, though since this involves multi-platform coordination, all it’s committing to is to say more about how or when this might happen later this spring. 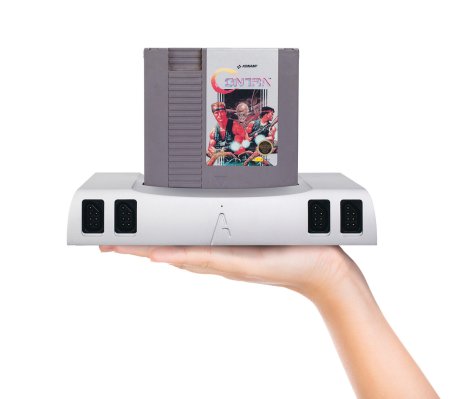 Review: This Retro Console Is the Best Way to Relive Nintendo's Glory Days
Next Up: Editor's Pick