Congress Should Leave the Michael Flynn-Russia Investigation to the FBI

Retired Lieutenant General Michael Flynn arrives to a swearing in ceremony of White House senior staff in the White House in Washington, D.C., Jan. 22, 2017.
Andrew Harrer—Bloomberg/Getty Images
Ideas
By Joe Navarro
Navarro is a former FBI Special Agent and author of the forthcoming book Three Minutes to Doomsday: An FBI Agent, a Traitor, and the Worst Espionage Breach in U.S. History.

While Congress may feel it has a responsibility to look into the alleged Michael Flynn–Russia connection — after all, he was the past Director of the Defense Intelligence Agency (DIA) and, briefly, this country’s National Security Advisor — there are abundant reasons why it should step aside and let counter-intelligence professionals handle the job.

Two rise above the rest. The first is that Russia has a long history of playing the intelligence game. The second is that the stakes are too high. The gravity of this matter and the players involved requires that counterintelligence professionals — not well-intentioned politicians — do a proper inquiry. The FBI, in conjunction with other members of the intelligence community, are well experienced in the esoteric means and methods of Russian interference and espionage, and can drill down much more quickly and effectively to the truth.

Historically, Russia has diligently worked at infiltration, penetration and recruitment campaigns in the United States with the intention of delegitimizing groups, institutions or organizations — all while conducting traditional espionage of military and trade secrets, and embedding spies and illegals within our borders with the belief that they must, at all times, prepare for hostilities. Putin has been waging warfare with the West (read: NATO) and, in particular, the United States, by the only means it can win — a war fought not with arms but “by other means.”

That Michael Flynn, after his DIA retirement, was paid by the Kremlin-backed news organization RT and the Turkish government brings up serious issues of propriety, ethics and naïve exposure to a foreign intelligence service. It’s imperative that we find out such things as the nature of these relationships and whether there were written contracts. If there were not, that is a red flag. There are other questions, too: How much was he paid and for what? Additionally, he needs to identify every single person he met, so his or her intelligence affiliation can be determined. Did Flynn’s work for other governments require him to have registered under the Foreign Agent’s Registration Act? If he didn’t, why didn’t he, when he above all should have known to do so? While he traveled abroad, with whom did he meet, where and how often? Were the meetings covert or in the open? Who was present? Have financial accounts been opened for him overseas? How long was he in Russia? Who traveled with him? Did he place his phone, laptop or other electronic devices in a safe? Did he plug them into any device for charging where they could be attacked by a foreign service? If he was paid, where is the money now? Did he declare it at Customs? Did he pay taxes to the IRS? Has he attempted to delete information from any of his electronic devices regarding any of these meetings?

These are the kinds of questions among many others an experienced interviewer would ask. We should be concerned that Congress will fail to get at the crucial facts because it is too political: Its questions are politicized and so long and convoluted they often telegraph well in advance where the questioner is headed. Perhaps of greater concern is: Would Congress possess deep enough knowledge of how hostile intelligence officers work and how they exploit even innocent people and technology — or would a congressional aide have to pass a sticky note each time with the right question? How many on the investigating congressional committee would know how a hostile intelligence service would conduct social engineering or take advantage of phones, email addresses, personal assistants, coworkers, buddies, clubs, organizations and so on? It takes years of counterintelligence training and “need-to-know” exposure to understand all the techniques that may be used by a hostile intelligence service or the way it operates to identify exploitable weaknesses in others — most congressmen do not have that exposure.

Most members of Congress are truth-seeking. Some are well-informed on intelligence matters. But the espionage game played at this high a level requires investigators who’ve spent their careers learning the game in all its intricacies. The fact is: Anyone involved in the alleged Russian Connection needs to be investigated by the FBI in conjunction with a special prosecutor, as well as a federal grand jury that has the power to subpoena and lock in testimony.

Is Congress capable of shining some light on Flynn’s alleged Russian connection? Yes. But unlike counter-intelligence professionals, it can’t easily navigate the byzantine mazes that Russian spies build to cloak their activities. Unfortunately, by shedding light on what took place, Congress may inadvertently show our enemies our means and methods, and may show conspirators how they could hide their activities, destroy evidence or seek to hide from investigators. 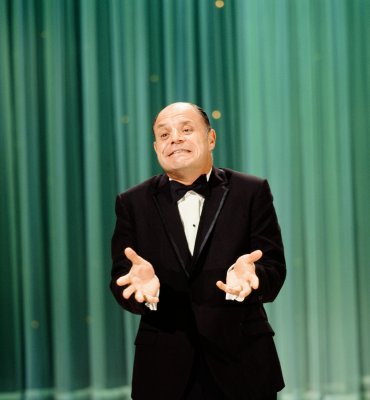 Don Rickles Made Us All Equals
Next Up: Editor's Pick