For the first time in more than a year, there will be nine Justices on the Supreme Court, a new record for the longest vacancy since Congress settled on a nine-justice high court.

Justice Antonin Scalia died on February 13, 2016, and Gorsuch, who was confirmed Friday, is set to be sworn in by Chief Justice John Roberts on Monday — a 422-day vacancy.

Previously, the longest record for a vacancy on a nine member Supreme Court was 389 days, the period between Abe Fortas’ resignation on May 14, 1969, and Harry Blackmun’s oath of office of June 9, 1970.

That means the vacancy was a full month longer than the previous record.

The vacancy was entirely due to politics. After President Obama nominated Merrick Garland to the seat, Senate Republicans refused to vote, arguing that the seat shouldn’t be filled in an election year.

There were longer vacancies on the Supreme Court, however. According to the Pew Research Center, a seat remained empty for 841 days between April 1844 and August 1846. But the Scalia vacancy was the longest since 1869, when Congress set the number of justices at nine. 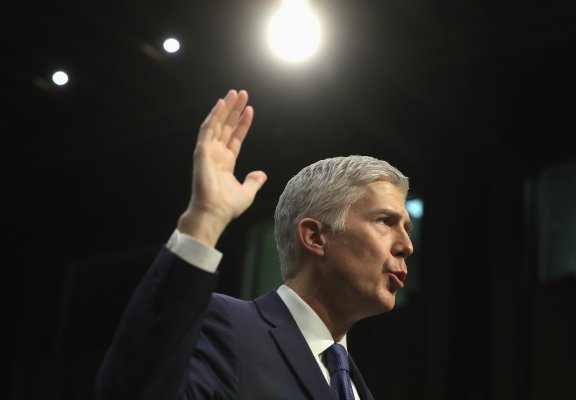