Players on the U.S. women’s soccer team worked together to negotiate a new contract to settle their equal pay dispute.

On Wednesday, the team announced that it had settled with the U.S. Soccer Federation on a new contract, which provides the players with raises, higher bonuses and better travel accommodations (though it does not guarantee equal pay with the men’s squad). The new deal ends a wage dispute that began when five players filed a federal complaint with the Equal Employment Opportunity Commission last year.

The New York Times reports that the players took control of their pay battle, down to the gritty details. While spread out across the country, team members crafted their demands and arguments in emails, text messages, anonymous surveys and Google documents. And as negotiations intensified with the U.S. Soccer Federation, co-captain Becky Sauerbrunn and defender Meghan Klingenberg would meet with teammates to rehearse what each would say during negotiations and fine tune the details of the contract, down to a single word.

After firing the team’s union lawyer in December, some players convinced more teammates to join their effort by softening the tone of their argument to “equitable” — rather than equal — pay. U.S. Soccer Federation President Sunil Gulati told the Times those changes helped accelerate the new contract. Last weekend, 16 players — wearing matching team attire — sat in on negotiation sessions, which culminated in the ratified contract.

“I am incredibly proud of this team and the commitment we have shown through this entire process,” U.S. women’s soccer team member Megan Rapinoe said in a statement to the Times. “While I think there is still much progress to be made for us and for women more broadly, I think the W.N.T.P.A. should be very proud of this deal and feel empowered moving forward.” 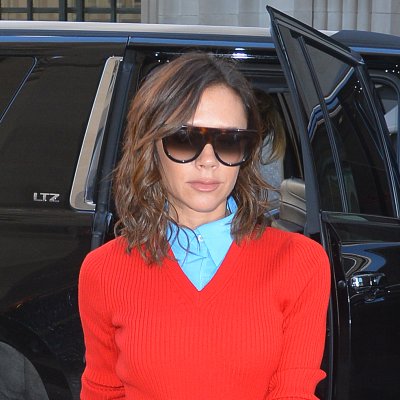 Victoria Beckham on Her Insecurities as a Spice Girl
Next Up: Editor's Pick