The Roots of Surprising Passover Seder Traditions From Around the World

The foods that make up the ritual seder meal for Passover — the Jewish holiday that begins this year on Monday evening — are pretty standard, and the family dinners on the first night of the holiday usually showcase traditions that are passed down over generations.

That means the seder table can be a great source of history if you know where to look.

Joan Nathan, a James Beard Award-winning cookbook author, has seen many variations of these traditions throughout the years. In Los Angeles, she tells TIME, she once witnessed a Persian custom in which, at the point in the seder when the story of the Egyptians as task masters is told, participants slap each other with scallions. And at an Iraqi-Jewish seder in Maryland she saw a custom in which the children dress up as itinerants — complete with bindles full of clothes — to imitate people on the way from Egypt to Israel.

“You’re re-enacting the way you felt,” she says (via phone, from a car en route to a seder hosted by her daughter). “The Moroccan Jews take a seder plate and put it over their heads, which is supposed to be their moment to feel what it’s like to go from slavery to freedom.”

On the food front, in countries not known for large Jewish communities, there is nowhere to buy the traditional ingredients, so these celebrants have had to learn to improvise over the years. Nathan’s latest cookbook King Solomon’s Table: A Culinary Exploration of Jewish Cooking From Around the World offers a taste of the most creative spins on traditional Passover celebrations around the world. Below is a brief overview of some of the most surprising customs featured, with two recipes for those in the mood to spice up their seders this year:

In this country of about 6 million people, there are only about 100 Jewish people (at least according to one estimate in 2014). The population came over after World War I, around 1920, from Alsace-Lorraine and Germany. For work, they’d travel by donkey to peddle French perfumes and hardware supplies. Nowadays, these families order matzo meal and kosher meat in October so that it can get delivered in time for Passover in the spring. “When the order comes in from Israel, someone drives to Guatemala and picks them up,” said Delia R. Cukier, the president of the sisterhood of the country’s one synagogue.

Nathan attends an Ethiopian shabbat dinner organized by Ethiopian-born Avi Asnkow, who lives on a ranch for Jews in Encinitas, Calif. What’s unique about Shabbat in Ethiopia, he says, is that the food is all served cold, a custom started by Karaites, an ancient sect of Judaism in which the Sabbath prohibition on fire is interpreted to prevent having any flame at all, not just one that is started during the holy day. Before Passover, Ethiopian Jews traditionally broke the clay dishes they ate off over the previous year, and make new ones to use until the following Passover.

As TIME once explained the significance of the ritual, “Many Ethiopian Jews, who for hundreds of years endured persecution in their homeland because of their unique religious rites, left Ethiopia in two secret airlifts in 1984 and 1991. The tradition is in keeping with the hope for emancipation and redemption that the holiday signifies.”

In the 17th century, as the Spanish Inquisition was taking place, about 300 Jewish families from Spain and Portugal fled to the northeastern Brazilian port of Recife. More arrived after World War I in the 1920s, when they were fleeing from Belarus, where many were being persecuted and forcibly drafted into the Bolshevik army. That’s why many of the Jewish people living in the city today — a community that has somewhere under 2,000 members (a 2005 estimate says 1,200) — eat a mostly Russian-inflected Jewish cuisine.

One resident told Nathan that for Passover she serves a traditional Eastern-European gefilte fish, but made from local fish— snapper, hake, grouper and whiting, instead of carp, whitefish and pike. Horseradish root isn’t found in the country, so she makes a version of it out of wasabi powder, beets, sugar, salt and vinegar for the Seder’s bitter herb.

Kochi (or Cochin) is a port city on India’s southwest coast with a Jewish population that dates back to 1341 C.E., when Jewish spice merchants migrated there from Iraq and then Spain after the Inquisition.

Nathan visited Queenie Halluega, whom she describes as the “doyenne” of the city’s very small remaining Jewish population. Hallegua makes Passover wine from boiled raisins blended with water, and she describes the traditional means of making Passover-friendly food using ingredients found in India: “Pesach work began in January when we bought rice, cleaned and washed it, pounding some into rice flour,” quoted saying in the book. “We also cleaned chilies, coriander, cinnamon, pepper, ginger, and cardamom and set aside some for Passover.”

To make haroset, dates were boiled down in a copper cauldron into a jam known as duvo (Iraqi Jews call it halak), which is eaten with chopped cashews, walnuts or almonds.

Recipes excerpted from KING SOLOMON’S TABLE by Joan Nathan. Copyright © 2017 by Random House. Excerpted by permission of Alfred A. Knopf, a division of Random House LLC. All rights reserved. No part of this excerpt may be reproduced or reprinted without permission in writing from the publisher. 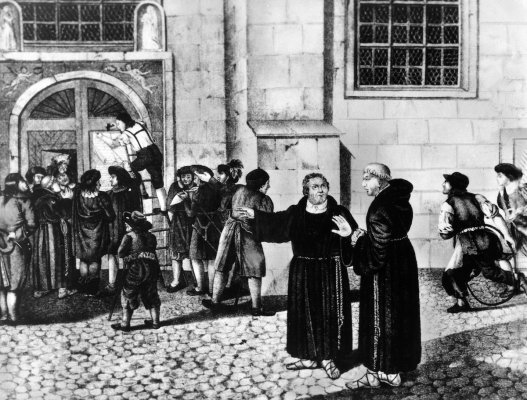