The Richest Americans Live 10 Years Longer than the Poorest

Money may not buy you happiness, but it may help buy you health, and ultimately a longer life. Researchers analyzing data on income disparities and health outcomes in the U.S. found that health gaps between the rich and poor are widening, and that’s translating to bigger differences in how long people live.

In a study published in The Lancet, scientists from Boston University School of Public Health report that the richest 1% of Americans live an average of 10 to 15 years longer than the poorest 1%. Since 2001, those with the least income showed no increase in survival, while people in middle and high incomes groups have gained on average two years in life expectancy.

Poverty has always been linked to poorer health outcomes, because people in lower income groups cannot afford as much health care and also tend to adopt less healthy habits, such as smoking and eating an unhealthy diet. But in recent years, several trends have worsened this connection, the researchers say. Poverty rates have increased, along with obesity and chronic conditions such as diabetes and hypertension, which can contribute to early death.

This cycle keeps worsening for several reasons, the authors say. For example, the poor are less likely to take advantage of federally mandated health coverage in the form of Medicare, since they are the least likely to reach the age required to become eligible for benefits.

Given the close links and negative feedback loop between health and income, Bor and his colleagues warn that if income gaps continue to widen, health disparities will follow suit. If current trends continue, they predict that in a single generation, the gap in longevity between the wealthiest and poorest 20% of Americans will extend to a decade. “Without interventions to decouple income and health, or to reduce inequalities in income, we might see the emergence of a 21st century health-poverty trap and the further widening and hardening of socioeconomic inequalities in health,” they write. 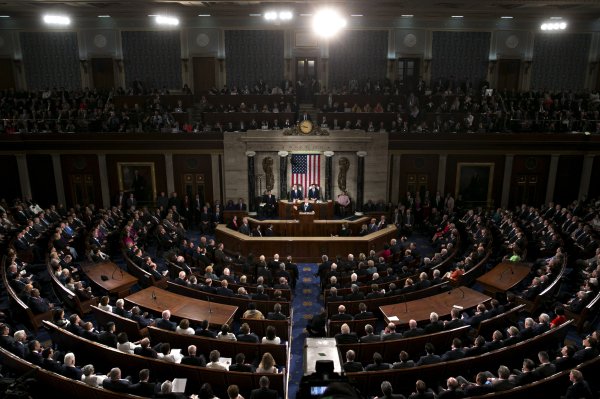 Koch Adviser: Trump and Congress Have to Manage an 'Aggressive' Agenda
Next Up: Editor's Pick