‘What Has Changed?’ The Role of Photography in Syria’s War

Less than 72 hours passed between the searing images of a chemical attack that poured out of Syria and the American military response. President Trump announced Thursday evening that dozens of Tomahawk missiles targeted the Al Shayrat airfield from where Tuesday’s attack on the town of Khan Sheikhoun was launched.

The political fallout of the worst nerve-agent attack in Syria in years, killing at least 80 and injuring many more, moved quickly as photographs showed bodies out in the open, foam protruding from the mouths of the sickened and bare-chested children fitted with oxygen masks. Some faces were smaller than the hands of those who cared for them. Horrific video footage showed children convulsing, men being hosed down and a medical worker frantically pumping air into the lungs of a boy who did nothing wrong except breathe in a toxic gas, identified by Turkey as sarin, in a land held by rebels.

In the days prior, Trump said he was moved by these scenes. “Those kids were so beautiful,” he told the New York Times. It was mere hours between Turkey’s signal that autopsies indicated exposure to sarin and Thursday evening’s military action. The same nerve-agent was used in the Syrian government’s assault on the Damascus suburbs in August 2013, leaving more than 1,400 dead and forcing the U.S. to confront President Obama’s “red line.” With Trump’s strike, he also drew a rare line between scenes from this war, now in its seventh year, and a measurable impact.

Never before has the influence of photography been so tested as it has with Syria. Millions of pictures and videos have emerged over more than six years of war. Students, bakers and teachers made cameras their weapon of choice. Photographers have been kidnapped, maimed, tortured, ransomed and executed. Some images have won awards. Others have been viewed by those who critics say could make peace a reality. The majority of photographs remain hidden in plain sight—available if we want them, avoidable if we don’t.

Will publishing too many images from Syria’s war risk desensitization? Will cherry-picking, out of fear of the former, induce sanitization? That balancing act plays out daily in newsrooms around the world. In past eras the question after imagery like this appeared was, “Where is the outrage?” Now it is, “What will make a difference?” There have been breakthrough moments—from Alan Kurdi to Omran Daqneesh to the “Caesar” trove—but influence in war can be fleeting.

In conversations with TIME, those linked to some of the most potent images from the war react to the Khan Sheikhoun attack and reflect on the visuals that once transfixed the masses.

"Good afternoon from #Aleppo I'm reading to forget the war," Bana tweeted with the photo on left, Sept. 26, 2016. Two months later, "Tonight we have no house, it's bombed & I got in rubble. I saw deaths and I almost died. - Bana #Aleppo"
Fatemah Alabed

Fatemah Alabed saw the pictures of the children first, then a video. Alabed, the mother of seven-year-old Bana, whose Twitter account detailing life under bombardment in eastern Aleppo garnered worldwide attention last fall, says all she could think about was their pain. “It was like it happened to me,” she wrote in a series of Twitter messages. “I couldn’t sleep.”

Others used to say the same about her family. Weeks passed by as hundreds of thousands of followers kept pace, waiting for a next missive, video or picture that proved Bana was still alive. She told us of a friend who was dead. She told us she expected to die. Critics slammed the account as fake. When her family was evacuated in December, pro-Assad trolls smeared them as propaganda.

“I think we did reach a lot of people and that’s evident from [the messages],” Alabed said about her family’s outreach. Still, “apart from spreading the suffering of the people, the action is little.”

It was in August 2016 when first-responders arrived to the scene of an airstrike in eastern Aleppo and rescued a brown-haired boy from a crumbling building. Images and footage of a shocked Omran Daqneesh being placed in an ambulance were shared widely. We learned his name and age. We learned about his treatment in an underground hospital, and that he would survive.

International outrage propelled Omran into a symbol of the war’s civilian toll as his older brother, Ali, died on a hospital bed. Two months later, Assad claimed the picture was “forged,” even as his wife did not deny the boy’s existence.

A surgeon who treated Omran, reached by telephone on Thursday, said he was working in the Aleppo countryside when he learned of Tuesday’s attack. “My colleague in the hospital told me and then we went to a WhatsApp group to find out more,” he said. It was clear to them, from the videos, that this was a chemical attack—and not one carried out with chlorine.

Discussing the impact of Omran’s image, the doctor said he was “very lucky to be a symbol and have a widespread photo in the media,” but noted it had not brought an end to the killings. “Many children, thousands of children like Omran, have been killed by missiles, by barrel bombs, by many kinds of weapons.”

Tima Kurdi, an aunt of Alan Kurdi, heard about the Khan Sheikhoun attack on the radio. A devastating image of the Syrian-Kurdish toddler, face in the sand, rocketed around the world in September 2015 after his body washed up on the Turkish coastline. It was barely dawn in Vancouver on Tuesday when she logged online to search for details.

“Right away I saw the video of those innocent children,” Kurdi said. “It was almost like looking Alan in the face.” She couldn’t watch the full clip and called her brother Abdullah, Alan’s father, to make sure he hadn’t seen the news. “That image of those people, it’s a very powerful image that brings back memories to our family—the image of Alan.”

Abdullah lost both sons and his wife the night their vessel capsized on the way to Greece. By the time they spoke, she said Abdullah had seen what she had and began to cry. “I know he’s still grieving,” Kurdi said, “but how can you move on from a tragedy when you keep seeing it on the news?”

The “the boy on the beach” jolted Europe. His name was uttered in the halls of power. He became the face of the global refugee crisis. Governments along the Balkan Route aimed to make the journey from Greece less chaotic. Pledges to stem the deaths were made. Today, the land routes that moved hundreds of thousands of refugees through Europe are shuttered. Smugglers in Libya continue to push overpacked boats into international waters. The Mediterranean is a graveyard.

“People become affected for a moment, a day,” Kurdi said. She is adamant that pressure must be put on those can effort a political solution, not a military one, to bring peace. “We don’t want to see these images anymore. Our hearts cannot take it.”

Caesar, in a blue jacket, listens during a briefing before the House Foreign Affairs Committee in July 2014.
Alex Wong—Getty Images

Caesar, as he is publicly known, was online early Tuesday when he saw the reports about Khan Sheikhoun. A former police photographer, he helped to smuggle roughly 55,000 images out of Syria years ago, a trove that opposition and human rights groups say includes evidence of torture, starvation and execution by the Assad regime.

The photographs have been displayed at the European Parliament in Brussels, the U.N. in New York and the visitor’s center at the U.S. Capitol in Washington. Their authenticity was later analyzed by the FBI, which, in a report, stopped short of full verification but said “appear to depict real people and real events.” Caesar testified to House lawmakers nearly three years ago and recently returned to highlight the human toll of war.

In an interview conducted through Mouaz Moustafa, his western representative, Caesar and a relative who assisted him, Sami, acknowledged that the “shock and disappointment” of what they considered political inaction “has been painful.” They called out Obama, former U.N. Secretary-General Ban Ki-moon and Syrian opposition leaders. “Today, 40 months have passed after we escaped with the photographs. What has changed?”

It’s a troubling question. Since the photographs were publicized in 2014, the war in Syria has grown more intractable. Outside forces like Russia and Iran have become premier backers of the Assad regime. The Islamic State, while on the run in Iraq, retains a strong grip in Syria. The refugee crisis spawned by the fighting has swamped neighboring nations. Solidarity with refugees has risen, but so has xenophobia.

What has remained a constant, though, are the dusty scenes after airstrikes, the bloodstained floors and beds inside hospitals, the bodies in the water and on the beach. “What else does the world want in order to move?” asked Caesar and Sami. “And how many photographs does the world need for its leaders to act?” 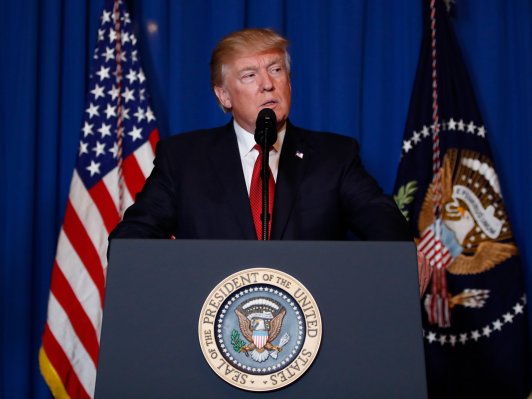